The Closing of a Season: A Story About Running 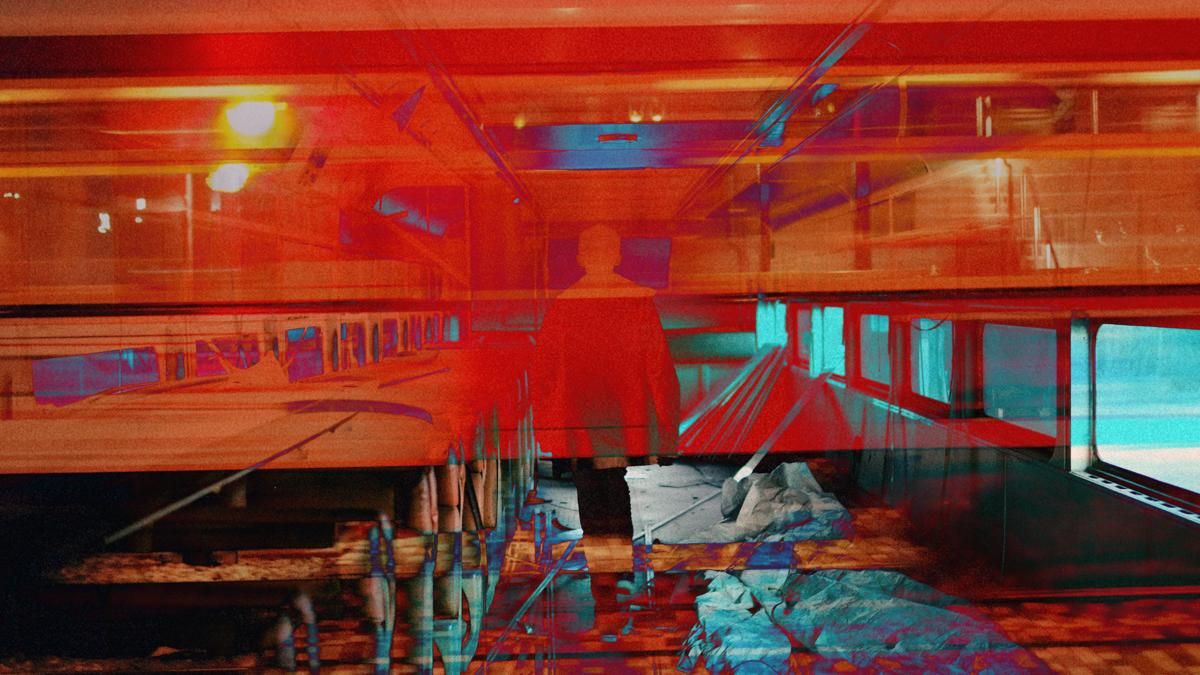 I’m a Strong Believer in Compartmentalizing.

Everything Should Fit Into a Little Box. This Blog Post Is Me Boxing up the Season, Writing “March, April, and May of 2019” on the Side of That Box With a Black Sharpie, and Then Walking Away, Because I Know That What’s Ahead Will Look Much Different.

A lot happened in these last three months. It was a shift in perspective, and I now see life a lot different than I did before. It’s as if a new door opened up for me. As soon as I saw it, I started running.

A Story About Running

Forest Gump: That day, for no particular reason, I decided to go for a little run.

Those months — March, April, and May of 2019, that little season — I decided to go for a little run. I went on adventures daily. Running to anything that made me uncomfortable.

Forest: I had a lot of company.

I just kept running. Every day, with whoever wanted to join me, for months…and it was one of the best runs of my life. I became more transparent, more social on social, and used this little season to share all the things that kept me on fire. When the season started, when I was at my lowest, and had just started running, I would say a simple prayer: “Don’t let my pain go to waste”. Me bringing company along was that prayer being answered.

Forest: My momma always said, ‘You got to put the past behind you…before you can move on.’ And I think that’s what my running was all about.

I can remember the first moment, months ago, when I started running. All the way up until now. I don’t even feel like the same person anymore. I feel like my heart, mind and soul have been upgraded to a much stronger, happier, and loving version of itself. It took me putting the past behind me, and letting go of things that I’ve been holding onto for years, to finally break free from toxic cycles that were hindering me. It took me bringing my weaknesses to light, and finally turning those weaknesses into my strengths. ‘I think that’s what my running was all about.’

Organically, that fire started to fade. All that momentum from running for months finally slowed down, and I became tired. It was about 10 days ago when I felt this. Probably on May 23rd, when I turned 33, and I started to look ahead at the year and my future self. It all felt like closure. My vacation in Texas was a few days away from coming to an end, and I knew that I’d leave this season behind on June 1st. That gave me a little over a week to wrap up all the projects I wanted to fit into this season. The mission is now complete. ‘I’m pretty tired. Think I’ll go home now.’

And Just Like That, a New Chapter Is Starting.

A Link to the Past

What You Will Now See Is the Season, As It Happened, in Chronological Order. 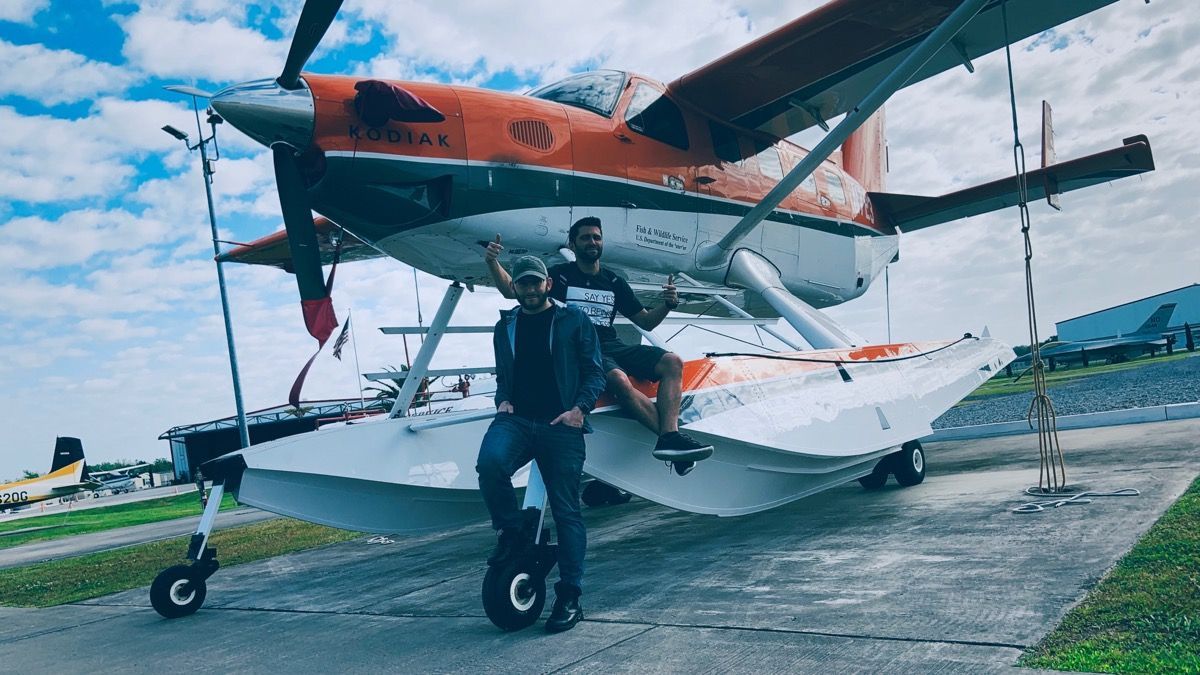 Imagine everything gets wiped. You inherit no tasks or responsibilities from your past or present. Then, add back only what you miss. Choose what to add to a blank slate, not what to keep from a full plate. 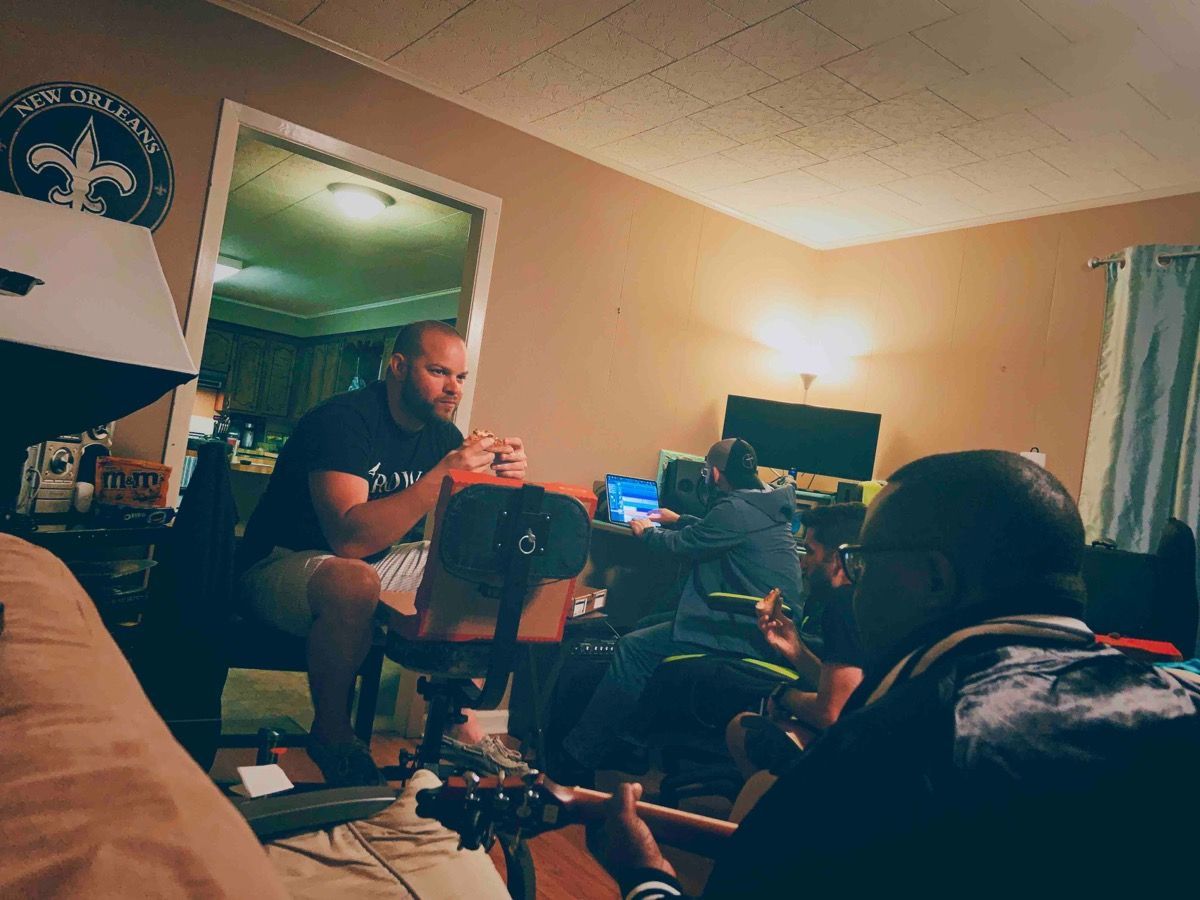 In less than a week, I’ve recorded a new album. […] This is a story about all of us. A story about mental health. About climbing mountains. About getting knocked down and rising up again and again. 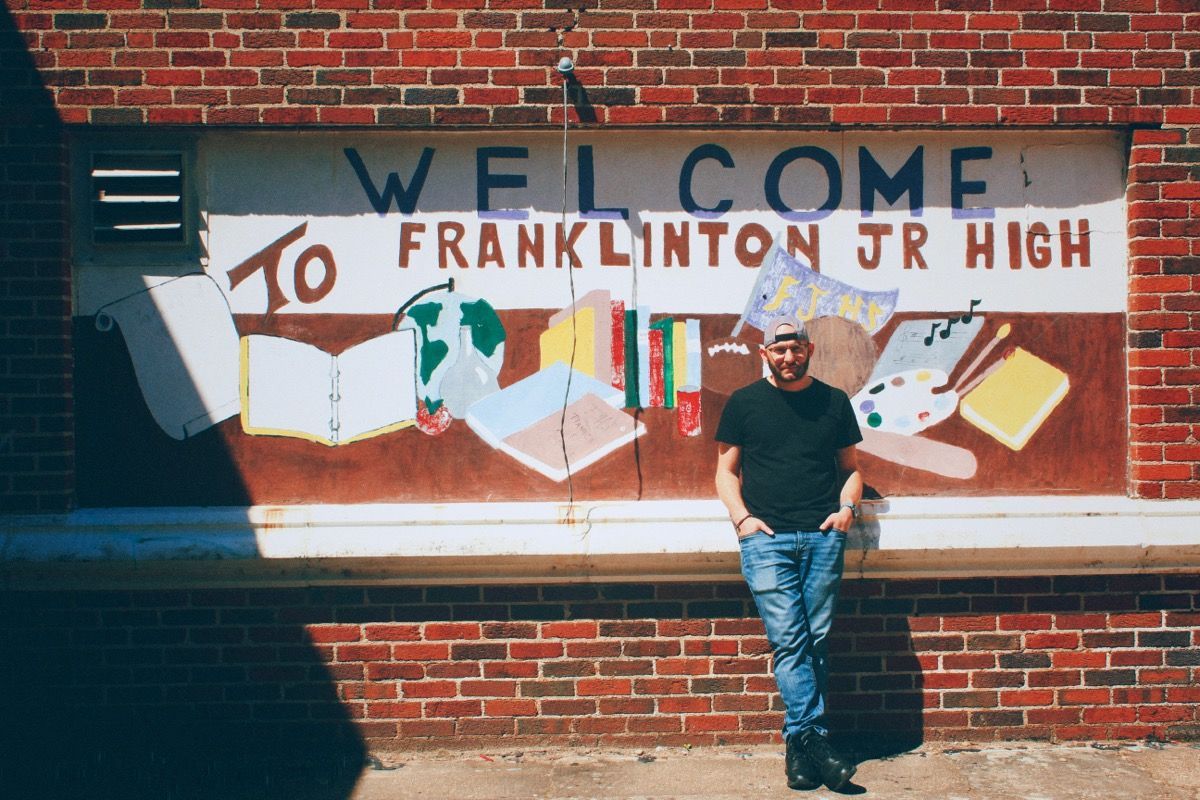 You Never Change Things by Fighting the Existing Reality. to Change Something, Build a New Model That Makes the Existing Model Obsolete. — Buckminster Fuller 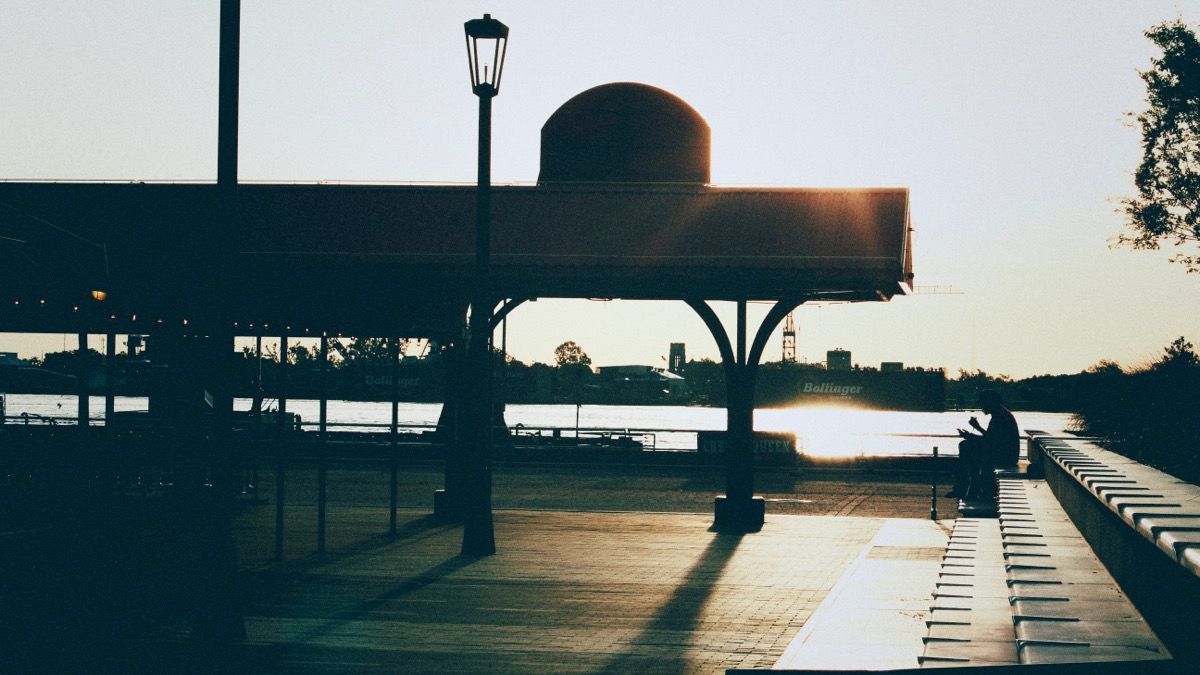 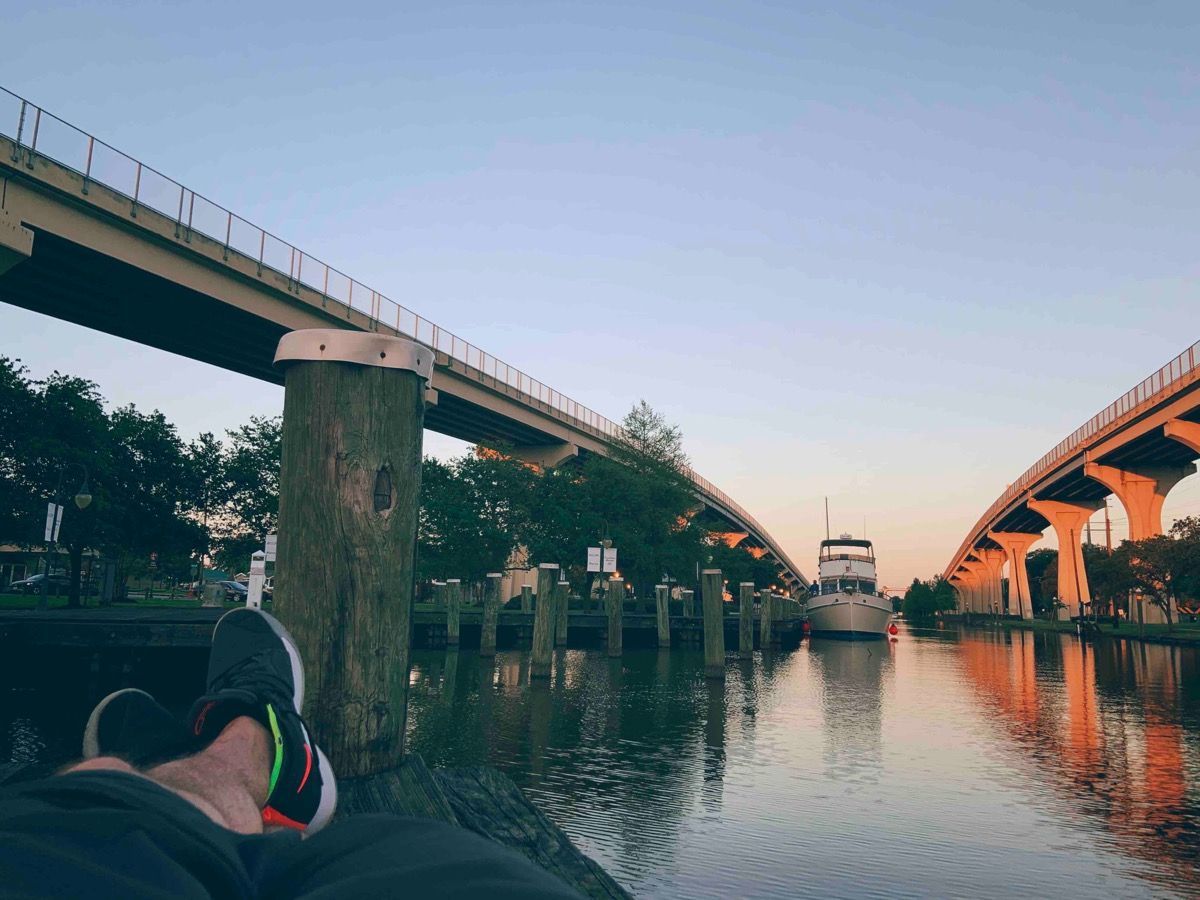 Give Thanks. That’s One Thing That I Know Now More Than Anything. Be Thankful for Everything. It Could All Be Taken Away Tomorrow. People, Possessions, Jobs: Everything Has an Expiration Date. It’ll All Be Gone Soon, so Treat Each Blessing As If You Only Have a Brief Moment With It. Take Care of It. Leave It Better Than You Found It. None of This Is Technically Yours, so Be a Good Steward to All Things Placed in Your Life. the People That’s There, Treasure Them. the Possessions You Own, Take Care of Them. the Time You’re Given Each Day, Use It As If the Clock Is Ticking, Because It Is. Stay Away From Complacency. Stay Uncomfortable. Find New Ways to Live Your Life to Its Fullest Potential. and Above All Else, Give Thanks. 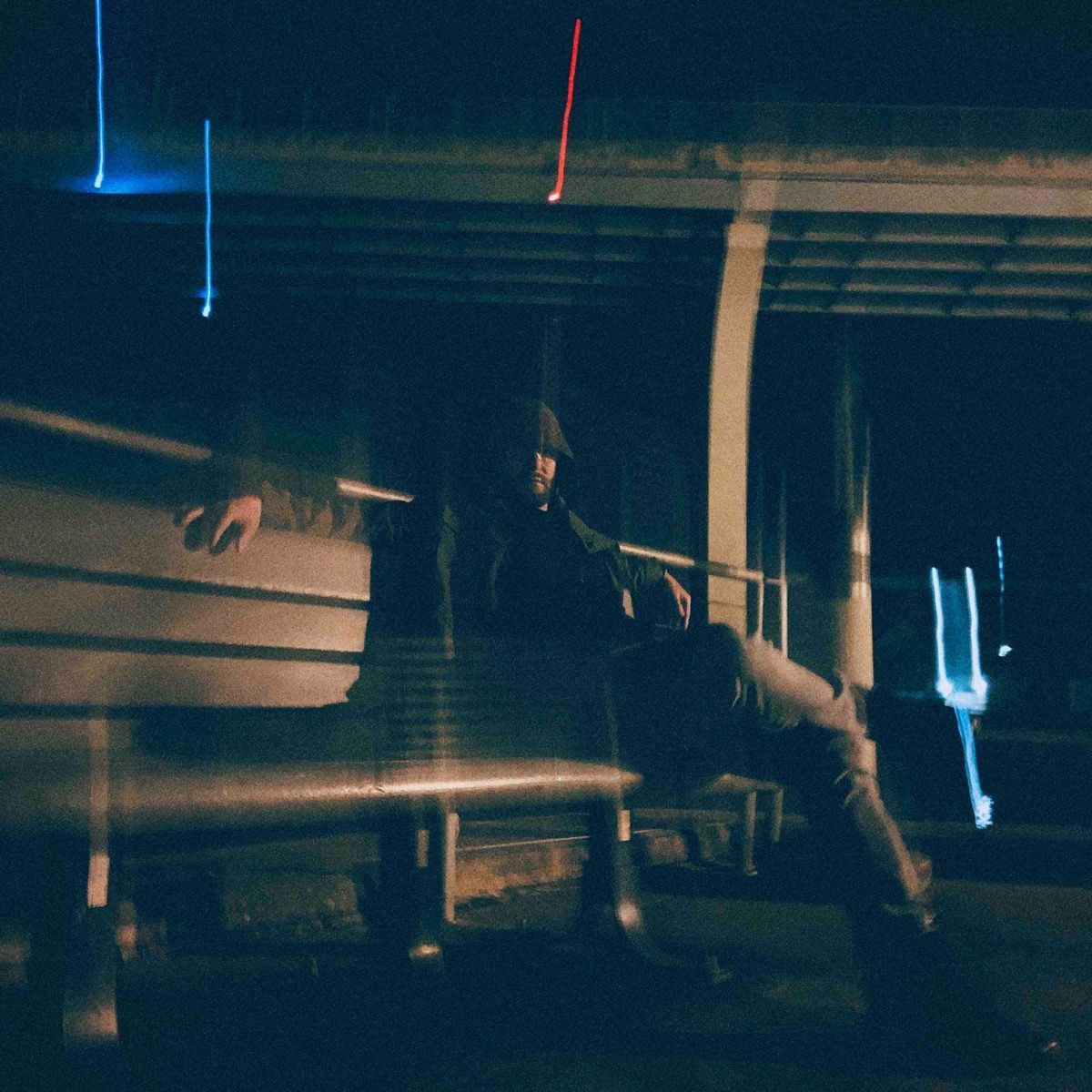 One Thing That I Do Know Is That I’ve Been Chasing These Invisible Dots, and Then Finding New Ways to Connect Those Dots: Treating Every Day Like an Adventure, Like Another Chapter to a Huge Story. Building on Something That’s Much Bigger Than Myself. Searching for Moments to Be Uncomfortable. Searching for New Human Interaction: From Both People Who Could Pour Into My Life, and From People That Could Use My Help. Hugging Strangers. Inviting Them to My Church. Asking If They Need Help With Anything. Being a Voice and Vessel for the Broken. Everyone Has a Story, and I’m Doing Everything I Can to Bring Those Stories Together in Creative and Impactful Ways.

The Wave of Life

Here’s the first glimpse into the new album. This song, which is called The Wave of Life, features six different people collaborating in a variety of ways. The song is about friendships and relationships. It’s about overcoming adversity and finding joy and gratitude no matter what. It’s about breaking away from the norm and living every day uncomfortable. It’s about forgiveness and making peace with the people from your past. It’s about celebrating life, and remembering those who have finished their wave of life. This is from my upcoming album, The Illusion of Progress. It’s almost done. I hope you like it.

Here’s the second look into the new album. This song is called Find Ourselves. It’s about being lost and hurting, in a world that struggles to identify and help those people. These people usually look just like us. Most likely, they are us. But the world moves on, as if we’re all doing fine. “I just wanna be ok. That’s a prayer by itself.” Those are my favorite lyrics that I wrote for this song. It’s so simple, but it means so much. Our prayers don’t need to be extravagant. “I just wanna be ok.” 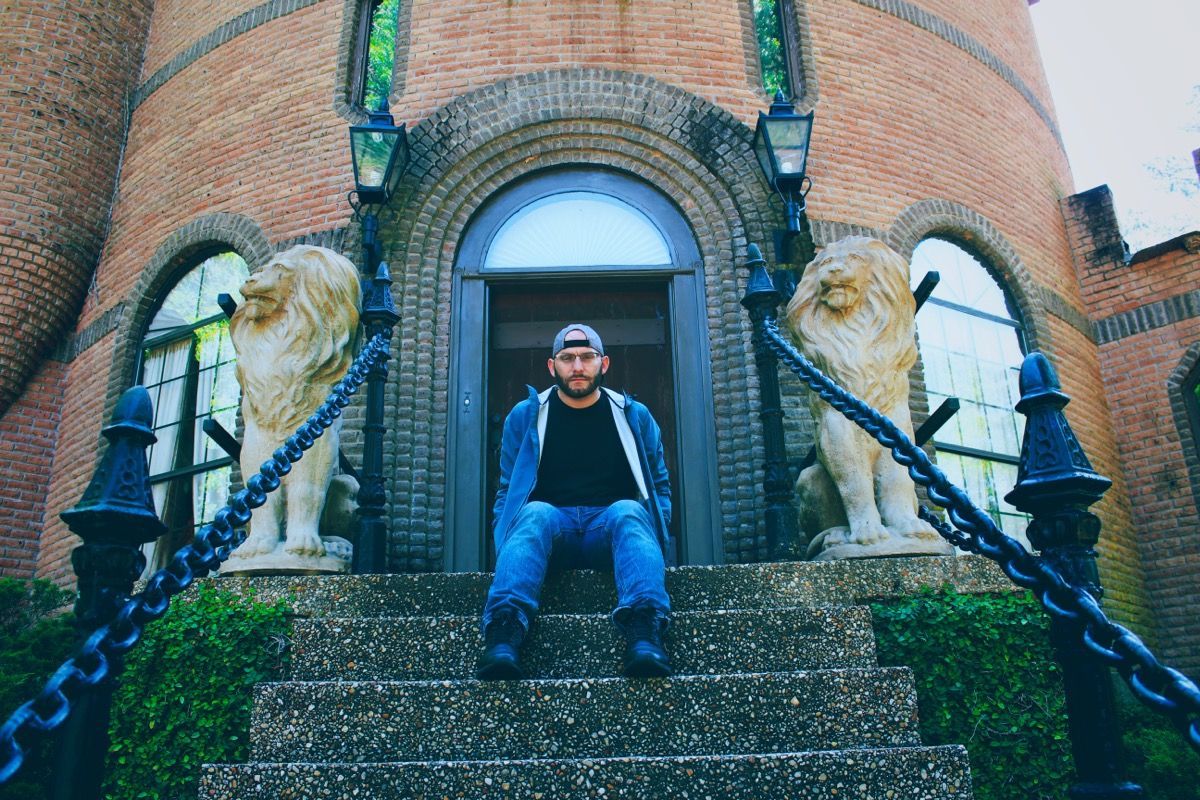 I Was Just a Kid in a Castle Back Then. Distant Memories From 20 Years Ago, When I Lived on the Other Side of the Water. the Big Water. the Bridge That Never Ended. Far, Far Away From My Normal Life.

If You Surrender to the Air, You Can Ride It. — Toni Morrison

A Train Is Coming

Imagine a train in the far distance. You can’t see it, but you can slowly hear it coming. That train is my thoughts, my breath, my heartbeat, my anxiety. As I’m in a deep sleep, I can hear the train’s low howling as it approaches. It isn’t until it draws closer to me at a rapid speed, that I suddenly wake up, gasping for air like I was underwater. With heavy breathing, I become conscious to the world.

I open my eyes, sit up, reach over to take my depression medicine, my anxiety medicine, and then I tell Siri to play worship music. I then start writing what I’m currently thankful for, pickup the book that I’m currently reading, and slowly, the train has passed, my heart has calmed, and the soothing songs continue to whisper to me. This all happens in a ten minute timespan, and now, all is well again.

The train has passed, and as I reflect on how my morning went from a sudden loudness to an unexplainable peace, all I can do, is be thankful.

A few months ago, I had to schedule an immediate doctor’s appointment for my anxiety. It was bad. I knew that it was beyond my control this time. I’m usually really good at calming the anxiety down on my own, but this time around, those tools just weren’t working. When I arrived for my appointment, I started telling the doctor about the symptoms, and that’s when she stopped me and said something I didn’t expect to hear.

“Your symptoms. You don’t have anxiety. You have depression.” 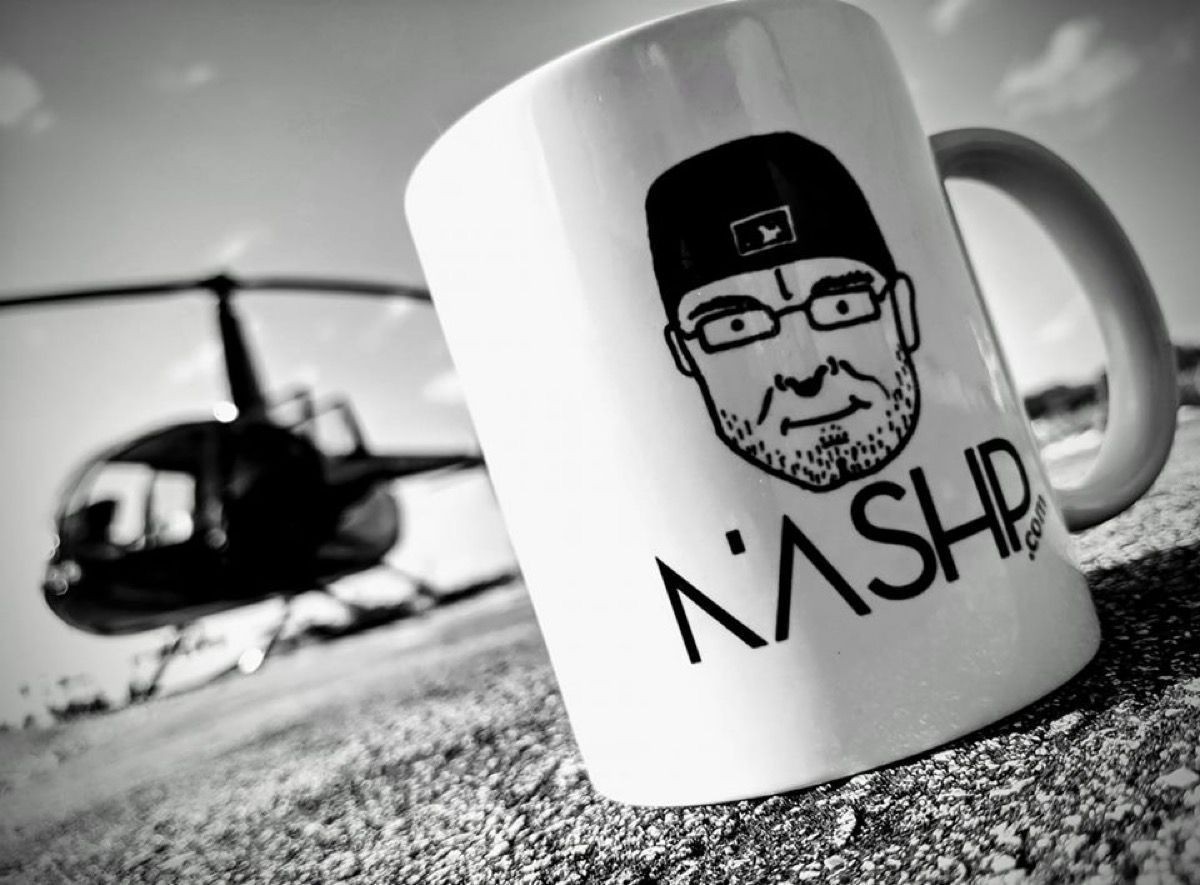 To Be a Good Human Being Is to Have a Kind of Openness to the World, an Ability to Trust Uncertain Things Beyond Your Own Control. - Martha Nussbaum 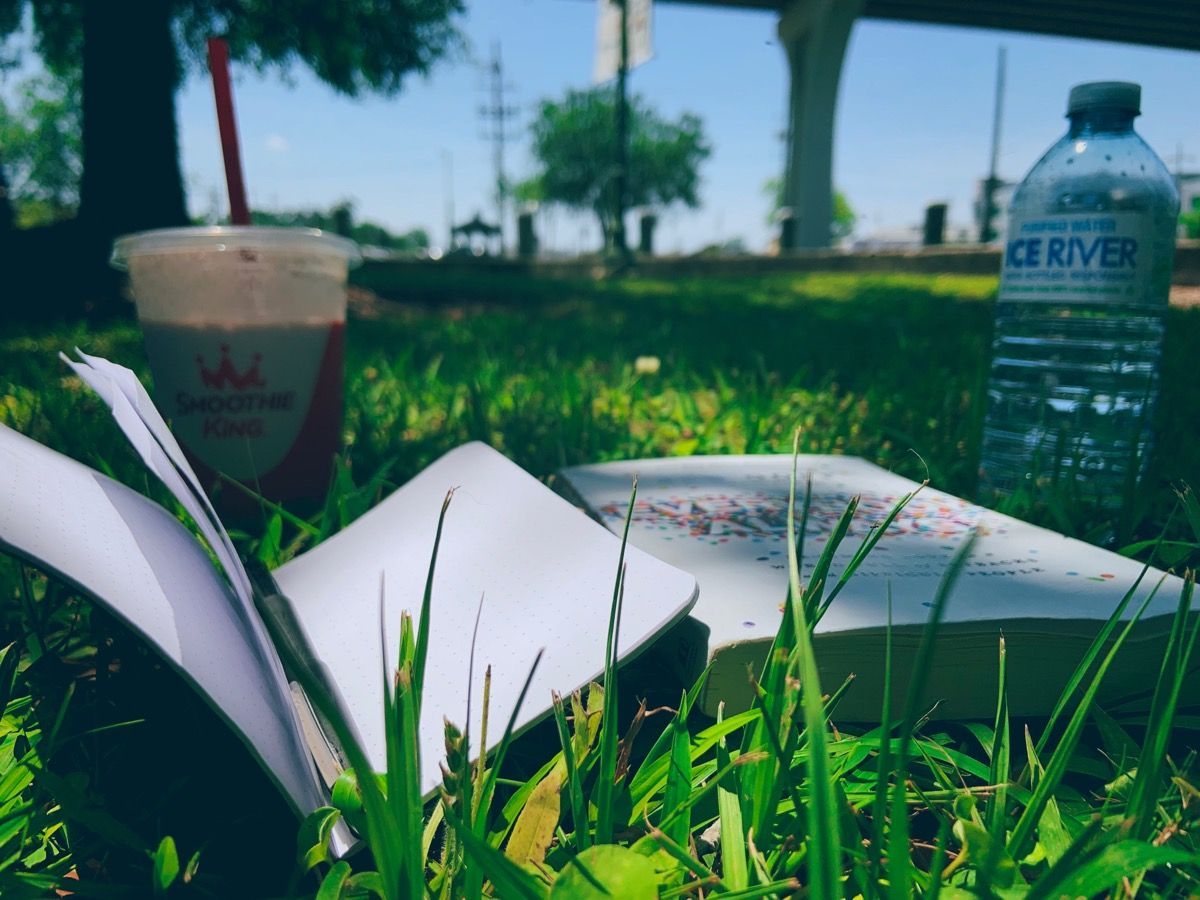 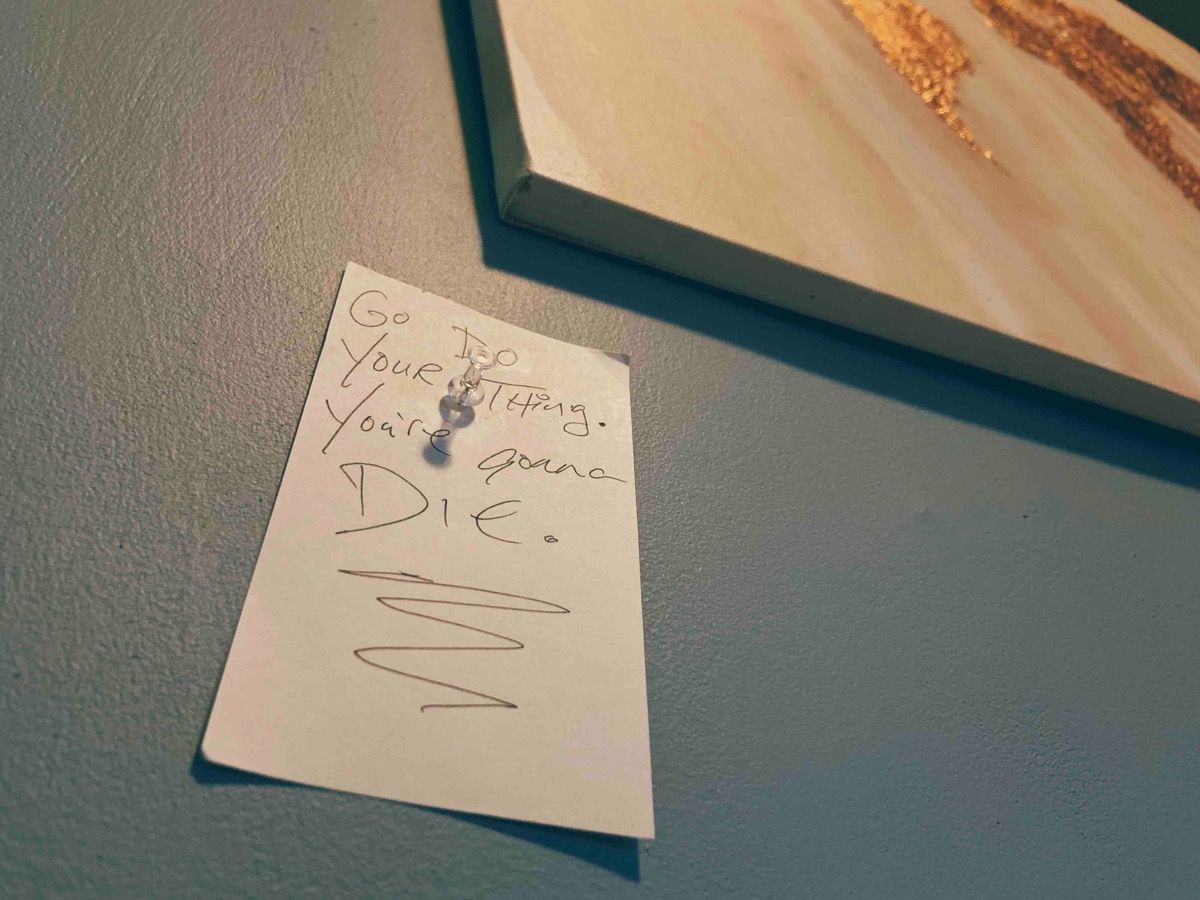 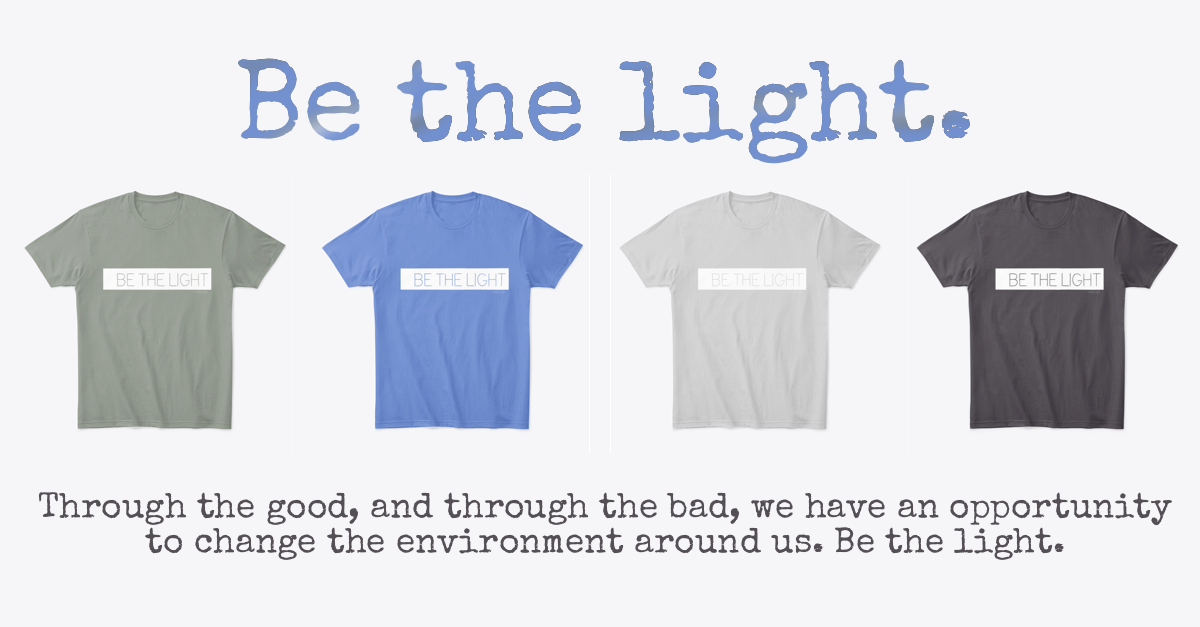 Three Words: Be The Light. 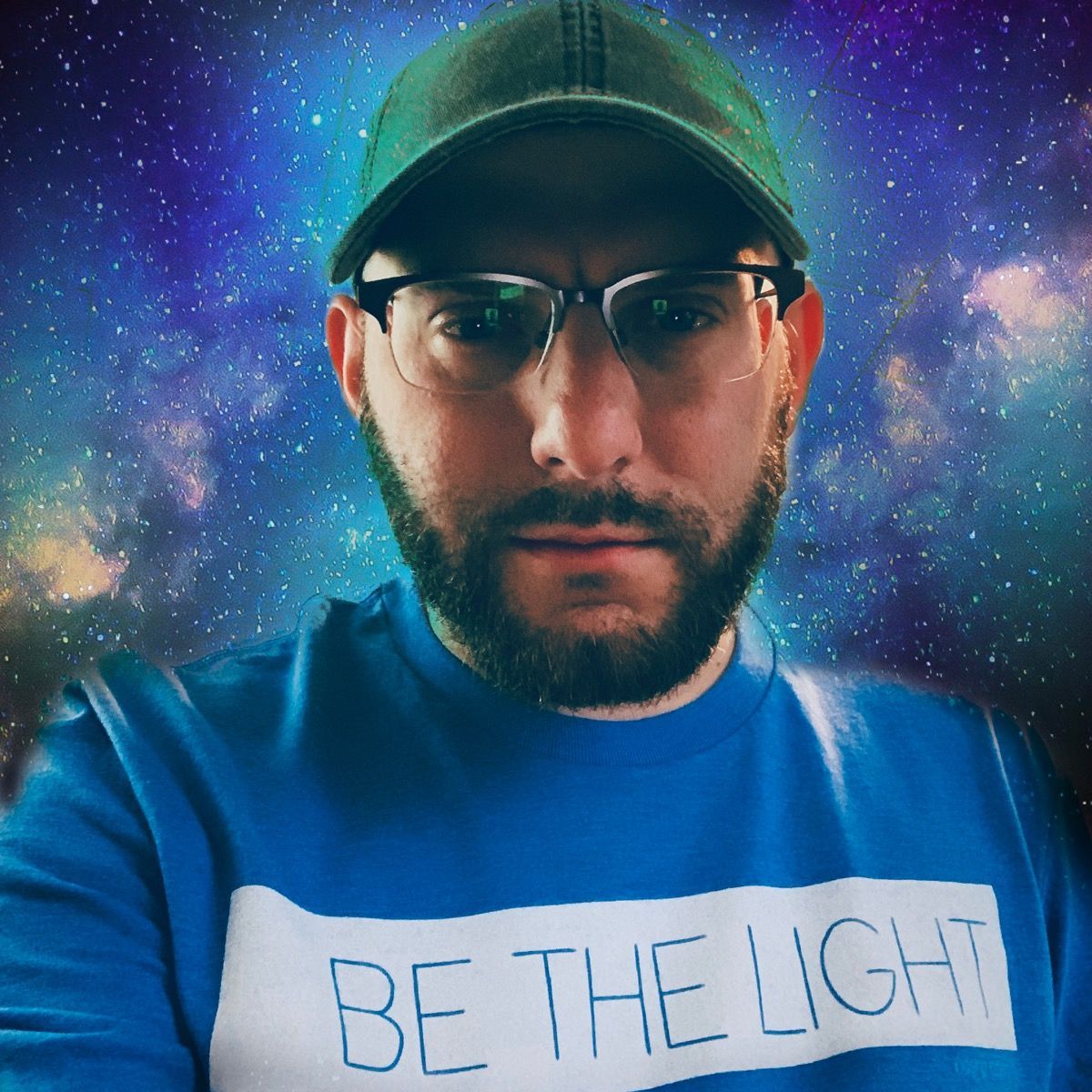 There’s People Around Us, Every Day, That We Usually Just Walk Past, With a Simple Hello and a Smile, but We’re Not Making an Impact on Their Lives. We’re Not Showing up the Way We Truly Can. Our Potential Is so Much Greater Than That. There’s Broken People. There’s Creative People. There’s People That Are Leaders, but Were Never Given a True Opportunity to Be a Leader. There’s People That We Meet Daily, That Have an Infinite Amount of Potential, but Have Shadows of Doubt Looming Over Them. We Have a Special Opportunity to Bridge That Gap.

There’s a Glitch in the System 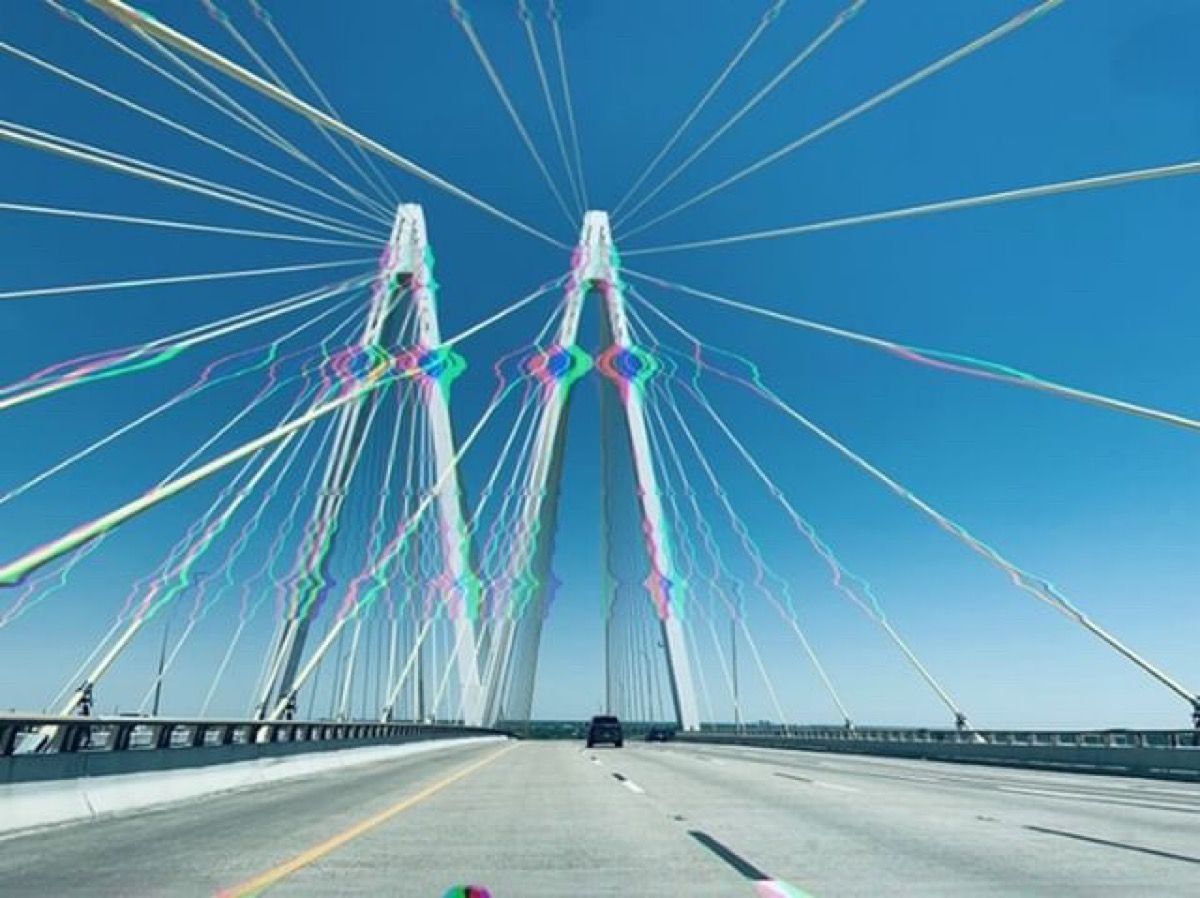 There’s a glitch in the system. Our path is distorted by the world’s view of what success looks like. The Illusion of Progress. Don’t let someone else’s progress dictate the pace and direction of your own. We all have our own race to run, and my race won’t look like yours. There’s too many of us that are missing out on our breakthroughs, simply because we’re imitating someone else’s path. We might even be going in the complete wrong direction, simply because it’s someone else’s route that we’re tracing. Run YOUR race. Find the glitch. It’s there. 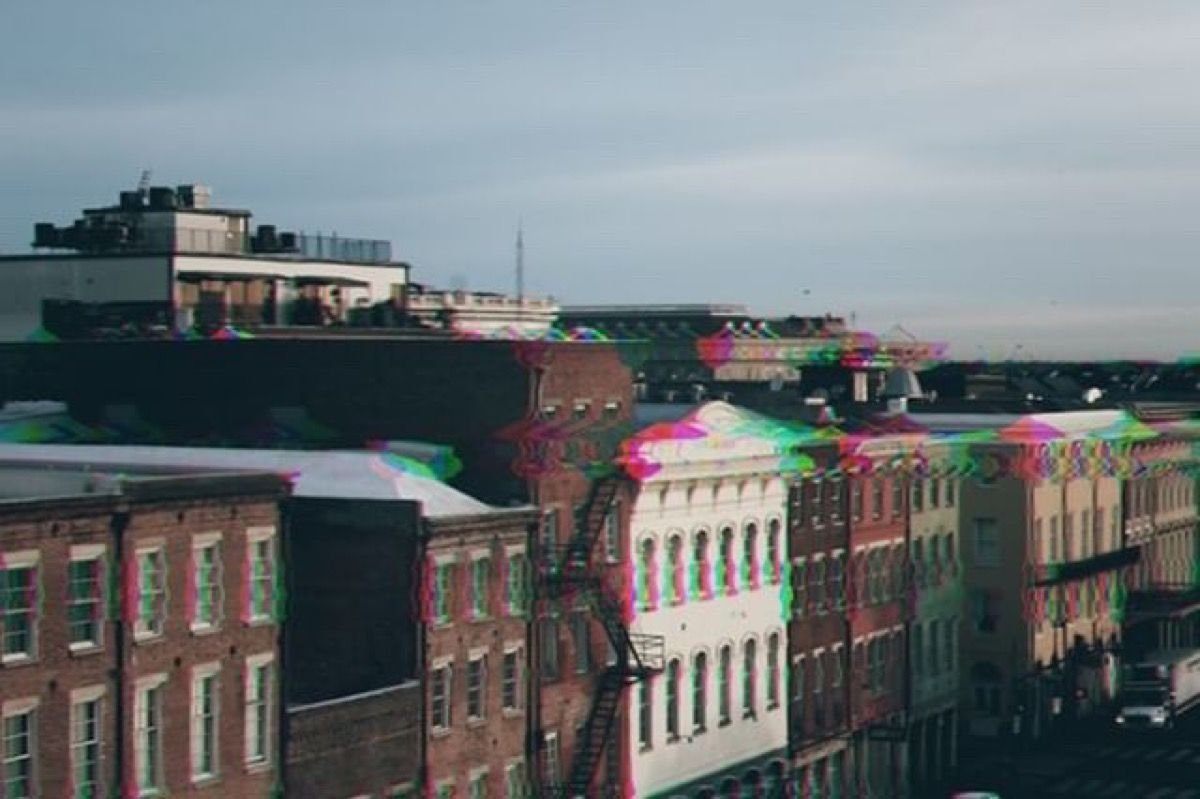 Don’t let a bad season define you. Many of us are walking around with the baggage of yesterday, simply because of the label that season gave us. That’s not your identity.

That’s Not Your Identity