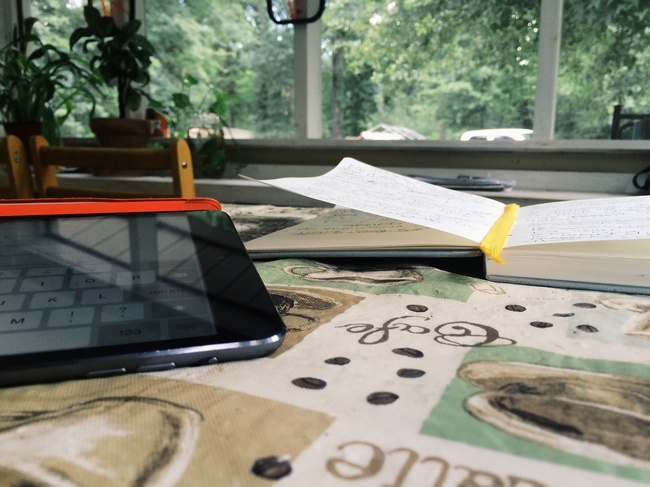 I’ve been in Conroe, Texas for the past few days, visiting family—and as usual, I’m enjoying the beautiful sceneries here. I want to remember the nuances of this place. There’s tons of details that set it apart from Houma. Conroe is a huge city, with interstates and buildings everywhere, but there’s also a country aspect to it too. I tried my best to capture as much as possible in a few pictures. 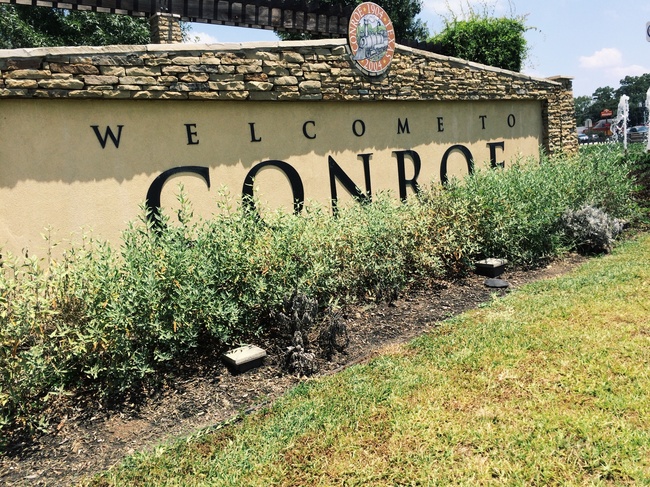 Welcome to Conroe. A city that holds some of my family members. Some live here permanently, while others are here temporally, waiting for the hospital to get it right. 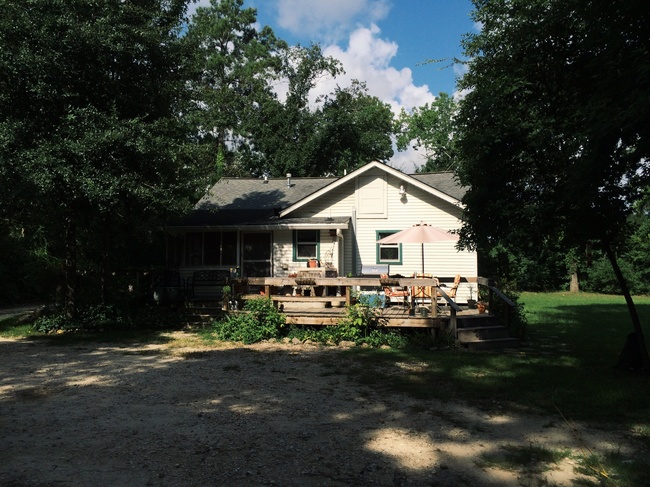 This is my Uncle Bill & Nanny’s house. It’s a small, but homey place to live. I lived here two years ago, and I was very comfortable during my time here. They’re about to sell it, so I’m glad that I have this picture of it to remember how nice it was. 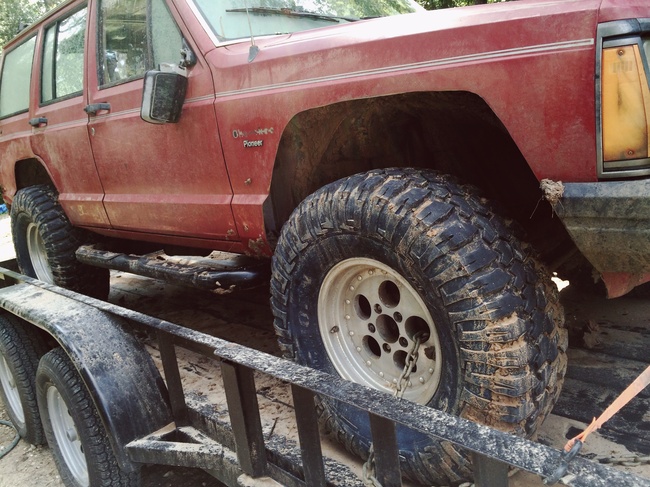 This is my Uncle Bill’s Jeep. If you ever have a chance to visit him, bring your old clothes, because his first question to you will be, “So watcha doing tomorrow?”. 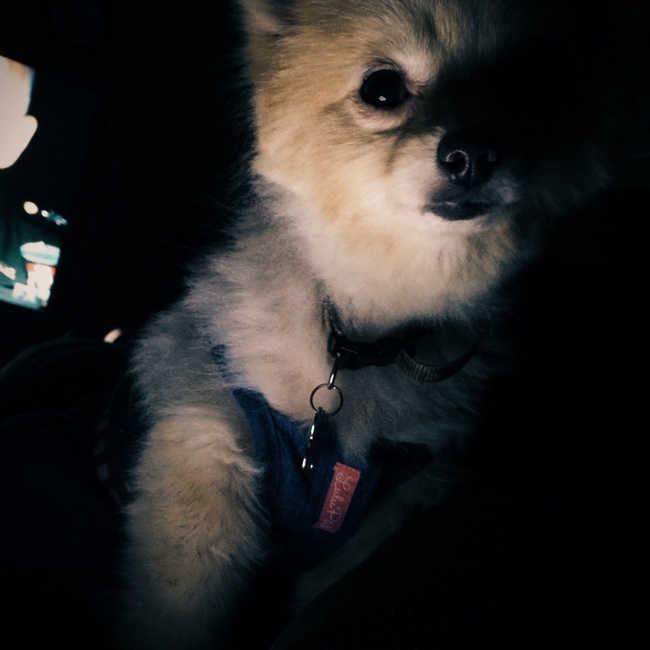 This is Zilla. Or Zella. She responds to either, and has officially been named both. 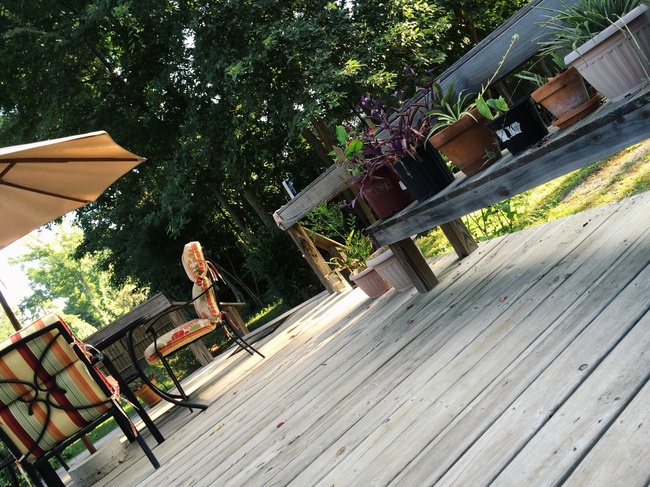 I’ll remember this porch for that one night in the summer of 2013, when I started drinking Moonshine and was sleeping 15 minutes later. 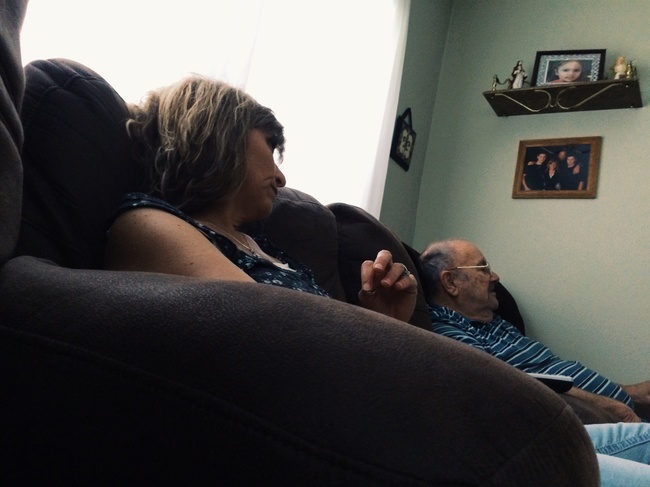 My Nanny Sheila and Pawpaw Bobby, discussing the doctors that are taking care of Mawmaw Carol. 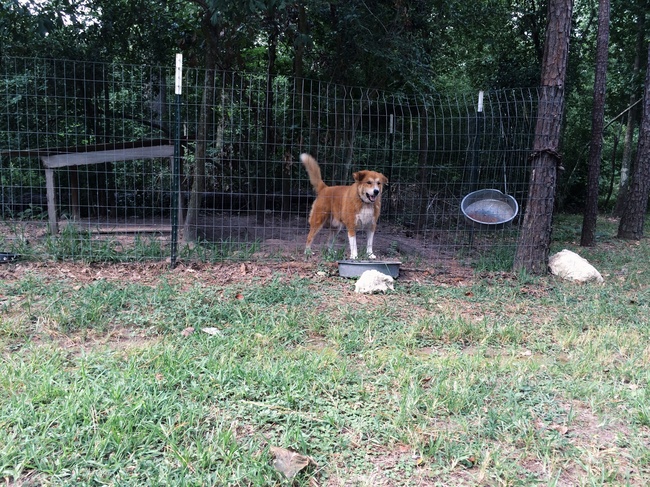 His name is Chopper. He says hello. 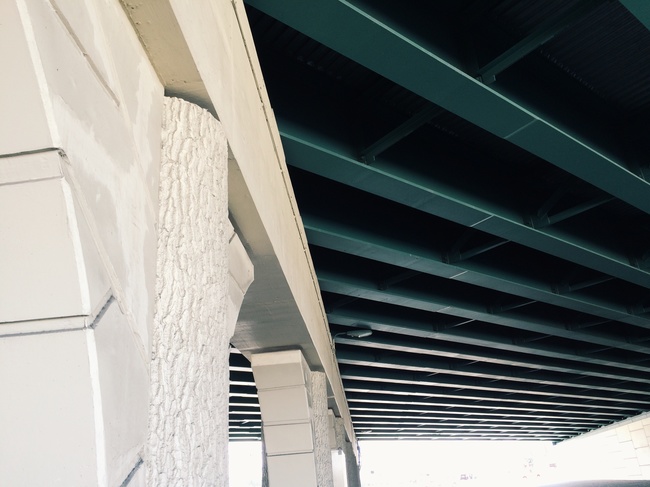 I walked under this bridge to visit the library. I wanted to walk everywhere I could and experience life slower. I gained a better appreciation for a city that moves very fast. 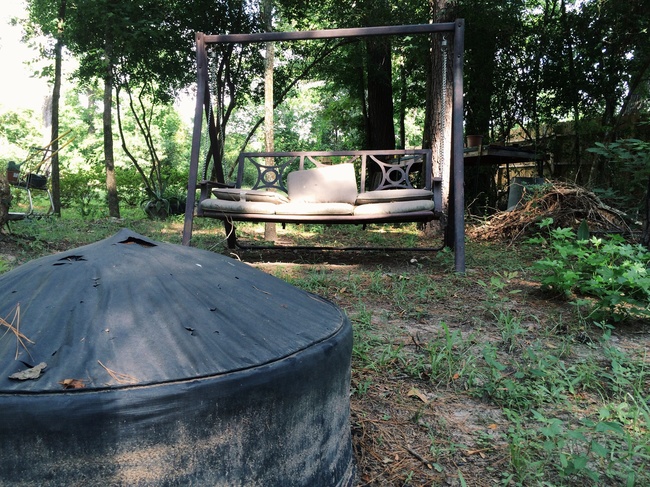 I’ve never used this area, but it looks like a great place to start a fire, relax, and share stories about life. 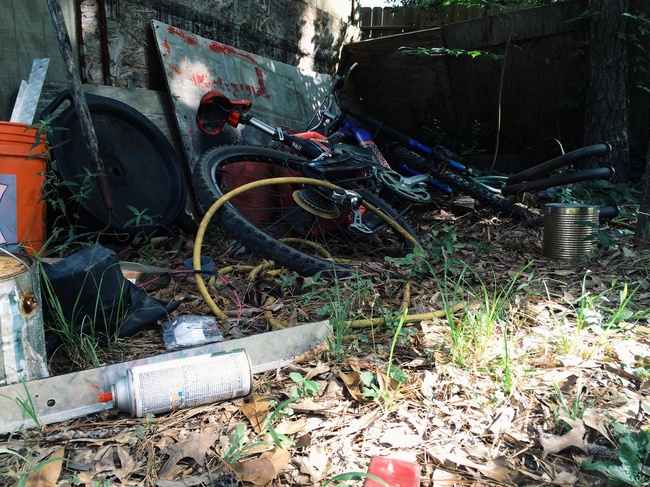 My Nanny thinks I took pictures of junk, but I think this picture has personality. This picture tells a story. But the only story that came out of this picture was my Nanny saying, “I’ve been telling Bill to pick that shit up.” 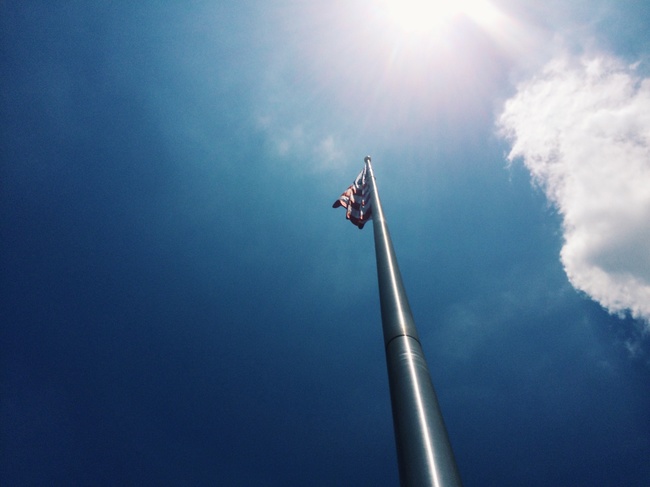 Most people take pictures of the flag from a distance, or at an angle where you can see more of it. I wanted to be right underneath the flag, capturing the height of where it flys. 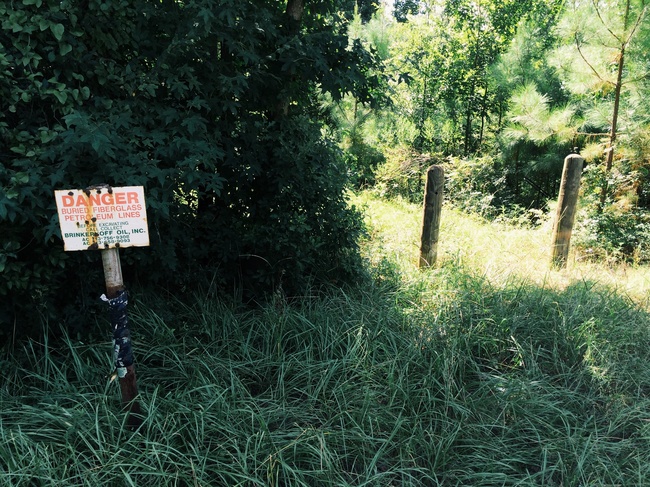 While walking to the park, I saw a “Danger” sign, with an opening to the woods. It resembled a horror film. 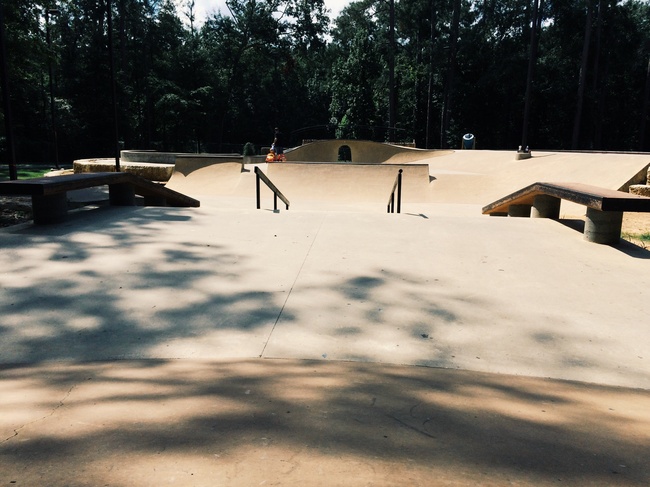 This is a huge skate park with no kids skating. There was a dad though, pushing his daughter around in the stroller, up and down the ramps. They both seemed to be having lots of fun. 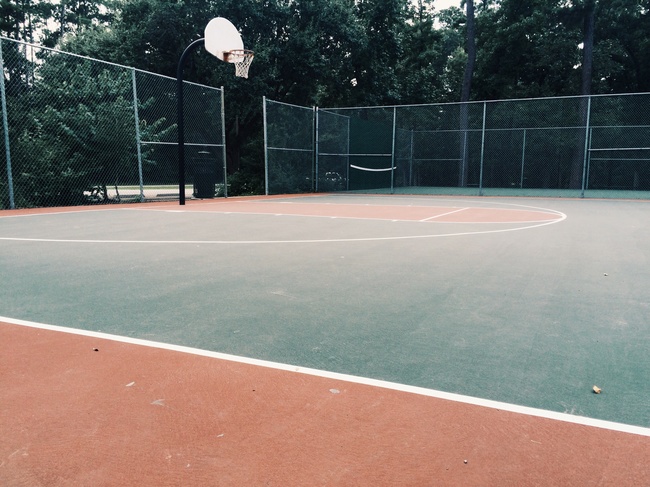 It doesn’t matter what city I go to, I will find basketball goals. Luckily in Conroe, there’s great competition. Every day at 6, these courts fill up with 4on4 or 5on5 basketball games. 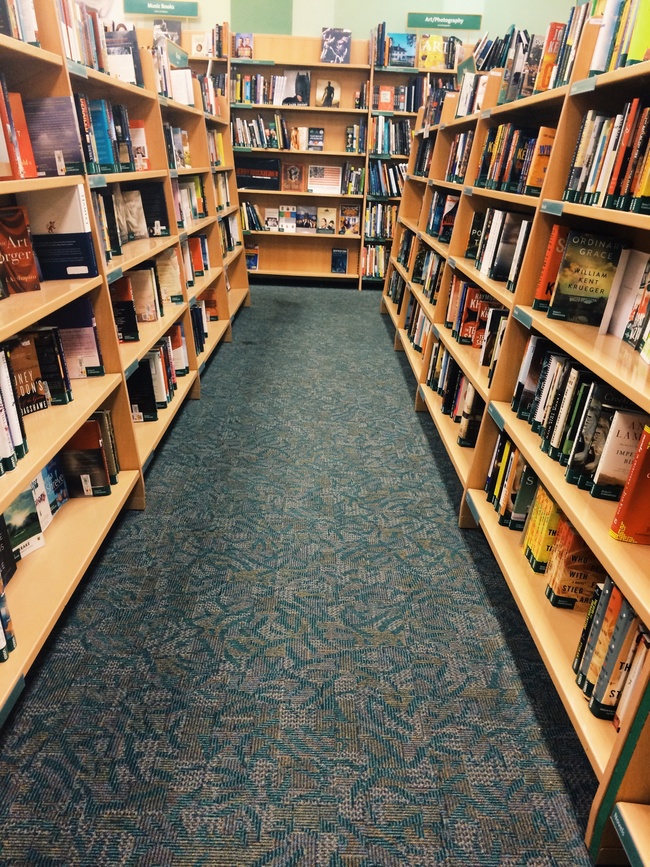 Books. So many of them. This was taken at Hastings, as I looked around at comics, old Vinyl Records, and New Arrival Fiction. I was even greeted by a nice part-time employee that demanded my backpack as I walked into the store.