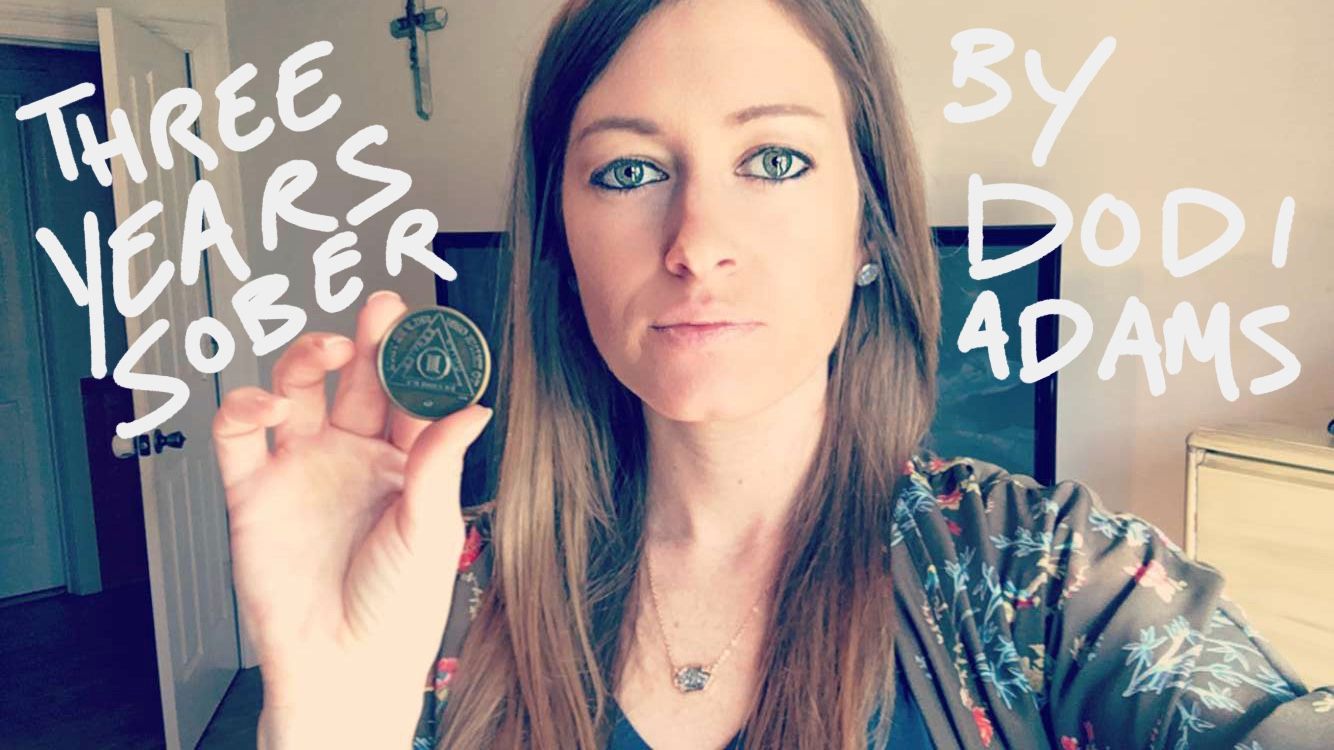 Nash’s Note: Dodi is one of the strongest people I know. She’s a fighter. Battling addictions, and life in itself in a multitude of ways. Other than alcohol, we have a lot in common in a lot of areas, and as I read her testimony, I see myself in those battles. These words that she’s given the world is like a lighthouse to me, and I will continue to use them as I navigate my own world. Addictions are usually just a symptom of the real problem, and once the addiction is gone, that’s when the real work begins.

“The world was a reflection of everything I was,” she says. Such a powerful sentence from her that rings true in all of our lives. The world is what we make it, and who we are on the inside is usually the world we create around us. Fixing our heart is the best way to fix what’s in front of us. This is a story of weakness, and how weakness can be transformed into strength, but only by first admitting that weakness. Being broken isn’t the end, it’s just the beginning, and knowing that changes everything.

The softest people I know, are the strongest people I know. They have stories that could’ve broken them, but they manage to take all of those pieces and reinvent themselves.

Today makes 3 years that I have been sober!

When I became sober I thought, “If I just don’t drink, I will be alright.” Once the fog cleared, I saw what a mess my life itself was. I had no confidence. I’d stare at the floor at meetings, no eye contact, and no self esteem. Everywhere I went I felt like everyone hated me, I hated myself, I was paranoid that everyone was out to get me. I had an inferior complex but I faked being superior as a defense mechanism. I had no idea how the real world worked. I was so far from reality, self centeredness was off the charts. Most importantly, I had no religion, no guidance, no morals or values. I thought I was only hurting myself. The defense mechanisms I was using for so long to survive was no longer beneficial. There were sides to my character to which I was inclined to stay blind to at the time because they easily could have convinced me I was hopeless and pushed me towards escape again. Facing myself in such a dark time and being real with who I had become was difficult but necessary.

I started using at a young age, throughout a decade of addiction I never grew mentally or emotionally. When I became sober I was basically starting back at a 16 yr old mindset. But here I was, 28 yrs old, and didn’t have anything people my age had. No career, no kids, no marriage, no house, no life. People my age were making all these life changing decisions and I could barely figure out who I was, or what I liked, my values, standards, the things that make you human, the things that make you who you are. That’s the hard thing, society doesn’t care. I felt alone, although AA people would genuinely want to help, I didn’t know how to trust others or talk about my problems. I had “survived” life a certain way for so long and I was deep in denial of many of my problems, I wasn’t aware they were even problems, I figured that was just life. It was impossible to fix problems that I wasn’t aware of, so I stayed broken even though I was sober. I was badly broken. There is so much about life that I don’t know. I was in a dark place. From being in such a dark place is how I came to appreciate the light. The smallest of things. Things people who never experienced dark times would take for granted. This is a blessing.

I had come to realize I saw the world as negative. I saw people as being negative. That’s because that is who I was. The world was a reflection of everything I was. I can remember thinking that nothing good was ever going to happen, that life was to be endured, everybody had a price and people were all selfishly out for themselves. I projected onto others my own sickness, my own despair, my own pessimism. It was a suicidal existence. The program told me to fake it till I make it. So I did, and at some point it became real. My feelings became real. As I really started to change, the people around me changed too. I gave off negative, I received negative. I gave off positive, I received positive. I learned humility. I openly shared my weaknesses and struggles, which was VERY uncomfortable. In return God showed me the good in people. I learned I wasn’t alone. My ego and pride which so tremendously hurt me was gone. Strangers reached out. People showed me love and compassion wanting nothing in return. Of course I didn’t know how to accept love or kindness at the time. I had to keep telling myself the awkwardness will pass, and one day I will be able to be like those amazing people.

Life is not perfect because I am sober. Life is not always good because I am sober. But not a one person’s life is always good. I struggle everyday with severe anxiety and panic attacks. As well as periods of depression. I discovered things to numb those things within that didn’t belong, that I had been fighting my entire life. The thing is, over a decade later, after pushing it deep down inside me, I’m now forced to deal with a lifetime of everything I ran from. The one thing that is different now is I KNOW using only makes my situations worse. The help for mental illness is not alcohol. I believe in my situation that being an alcoholic was just a symptom.

I hear a lot of people mentioning and think keeping sober is about will power. “You have the will power, you can do it.” Strength is required and you have to be strong, so said. For me it was quite the opposite. I had to lose those things. I found my sobriety in surrendering, admitting and accepting my weaknesses, learning humility. That was something I couldn’t grasp in the beginning. Surrendering played such a vital part for me.

I would have 4 yrs sober but I relapsed numerous times my entire first year. It was impossible for me at one time and the hardest part was not knowing why. Trying so hard and failing everytime. That isn’t ideal but it is reality. The key is never to give up or stop trying. I am saying this for those out there still suffering, there is always hope and there is always recovery, even when you can’t see it and everything in you says otherwise.

I NEEDED to feel love, understanding, to be a part of, and to be involved with human connection positively. I believe this is important for sobriety.

I was born into an environment where this was what everyone did. It was normal. I started young, too young, 13-ish when I got drunk for the first time. At a young age you are impressionable and want to be “cool” like the ones around you. I believe my brain wasn’t mature enough to understand the consequences of taking that first sip; as so many people state it is the addicts choice to take that first drink or drug. Addiction is not that black and white, there are so many factors. It is often too late when you realize you are addicted. I also was uneducated about addiction until I was an adult. I assure you if I knew better, that first sip would not have been taken without any thought. If it wasn’t so “normal”, I would have thought differently.

Before becoming sober, I egotistically thought I was my own higher power. Although I was clearly destroying everything I came in contact with. How wrong was I? How self-sabotaging I was to not allow God to be in my life when he had been there the whole time.

God is my savior, I’ve given Him a million reasons not to love me. None of them have changed His mind.