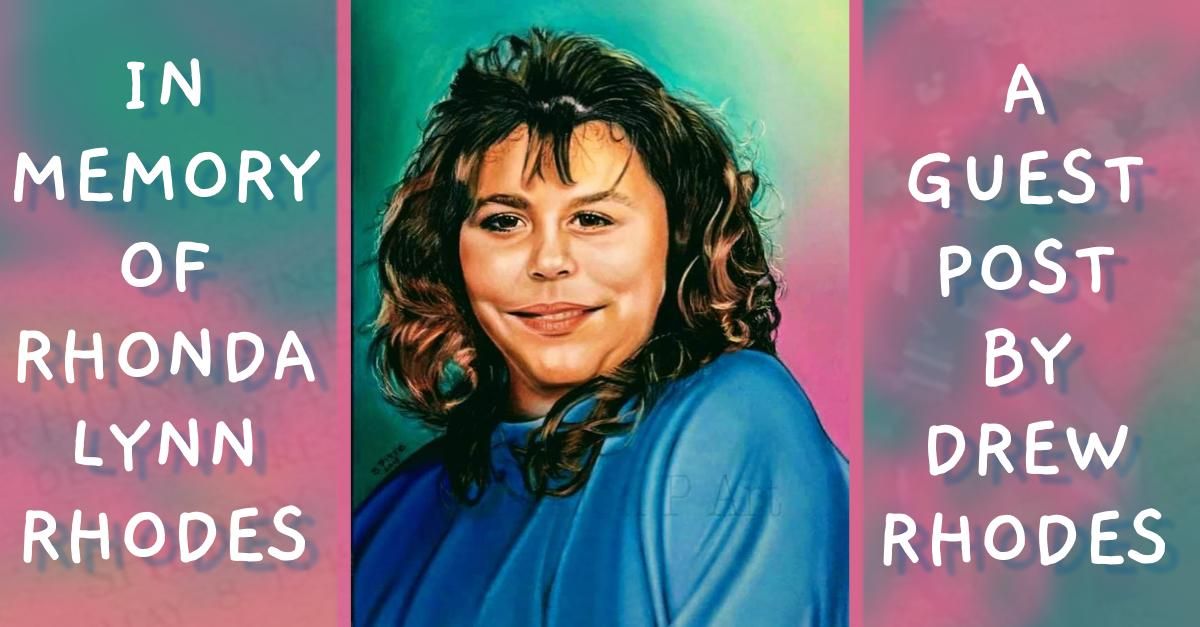 Nash’s Note: This is a story about addictions and losing the people you love. It’s also a story about redemption and finding God. A story about finding strength in the weakest moments of your life. Drew is a friend of my family, and I’m thankful and honored that he shared his testimony with me.

I have been debating doing this for some time now, out of fear of repercussions on a personal level, but I made a promise to the only one that walks with me, my Heavenly Father. I promised Him, that I would do anything in my power to bring Him glory and to possibly make a positive impact in other people’s lives. This will also serve as an apology I was never able to make, and a means to finally lay my loved ones to rest. Some things are just more important than others.

Twenty nine years ago, I lost this beautiful angel. She was not only my baby sister, she was my heart. She was 15 years old at the time of the incident that involved my mother’s hand gun. Not a single moment goes by since that terrible incident that I don’t think about her. A big part of my mother and I died that day.

I had always been there for my sister. I had practically played a part in raising her up to that point, but due to alcohol and drugs, this time, I wasn’t present. You see, addiction had been part of my life since a very early age. It started out as a means for coping through earlier childhood issues. Some say addiction is a choice, and they are correct. For me, what started out as a choice, became something greater. Besides a couple of rehabs and incidents with the law, there was nothing really too serious, but that would soon change. By age 16, I became a ward of the state, again, as a result of my choices. After rehab, it landed me in a Christian based half-way house/foster home. I had somewhat found peace in the Lord during that time, but that would be short-lived.

After the tragedy, I was placed with a choice: either go on the straight and narrow and use the death of my sister as a positive, or use it as a negative. I chose to turn away from the Lord and run to the only thing I had ever known, what I found comfort in, alcohol and drugs. From that point on, it would slowly engulf my life with shame, low self-esteem, self pity and guilt that would eventually take any part of a soul I had left.

At age 18, I got in trouble with the law once again, and was faced with a felony. I was fortunate to be offered a chance to join the military to clear my record, and as for a means of discipline, so I did. During those years, alcohol was my best friend. When I was in port, I ran to alcohol. After the military, I would soon be on my path to self destruction.

My mother, whom I loved very much, had also found comfort in addiction. You see, this was the second child she had lost due to circumstances that were beyond her control, but she felt as if it was. She had also sank herself into a state of depression, shame, anxiety — but more importantly, guilt. We weren’t able to comfort each other, because we were both self-medicating and it was difficult watching the other, slowly dying inside. It’s something I would not wish on my enemies, much less anyone else. She has since joined my baby sister in 2012. Her addiction and medical problems finally took its toll on her life, and I’m sure she welcomed it. She had finally arrived where she had longed to be, with my sister.

Addiction was not only my escape from reality, but became my whole identity. Failed relationships were a norm for me, due to not having any self-worth. I mean, how could I be any good for anyone, if I couldn’t protect my own? In and out of trouble with the law, was also a norm. I was not only dependent on drugs and alcohol, but I was dependent on my defects that they caused (guilt, low self-esteem, self pity.) I used these defects, as justification to use. I’m reminded of the saying, “It’s hard to let go of your demons, because they are the only thing that will comfort you when nothing else will.”

I was known by everyone, throughout my life as a drunken, dope-head, hopeless loser that had no life. And they were totally right. I never intentionally hurt anyone but myself, so I thought, but I now see that I had hurt everyone I had come in contact with in some sort of way, especially my mother.

It was not until I had reached that jumping off point that my life would change. That point where I felt I had nothing left to live for. It took falling to my hands and knees, praying as I cried to God, pleading with him to help me from doing, what I was seconds away from doing. Yeah, I had reached a breaking point, unlike many times before. I could not see another minute of living the way I was.

A sudden sense of peace and clarity came over me once I surrendered to him. The Lord had done something that I was never able to do on my own: he removed the obsession of alcohol and drugs. I feel what he performed in my life was nothing short of a miracle, and I owe him my life because of it. What I didn’t see at the time was that he was walking with me the entire time, even though I had turned away from him, time and time again.

This year has brought me a lot of much needed clarity. I now see that on the day I lost my sister and I felt like my life was falling apart, it was actually coming together. God had a plan of redemption for my life that he set in motion that day. A chain of events that would ultimately bring him glory.

I’m not justifying using drugs and alcohol by any means, because it will definitely destroy your life as well as those around you, but if certain things had not happened, I may never have reached the point of spirituality that I now have. You see, we may not understand the things that He allows to happen at the time, or the trials he may throw at us, but we have to trust in him and have faith that he is doing these things in our best interest. We were made in his likeness for a reason.

For those of you, that may be struggling, just know you are never alone. Jesus loves you, and by his grace, you are forgiven. It’s time to start forgiving yourself. You do not have to carry that pain with you as long as I did. Fall to your knees, repent, empty your cup and surrender your will. He will never forsake us. By the grace of God, I am a recovered addict and I hope my story can benefit someone.