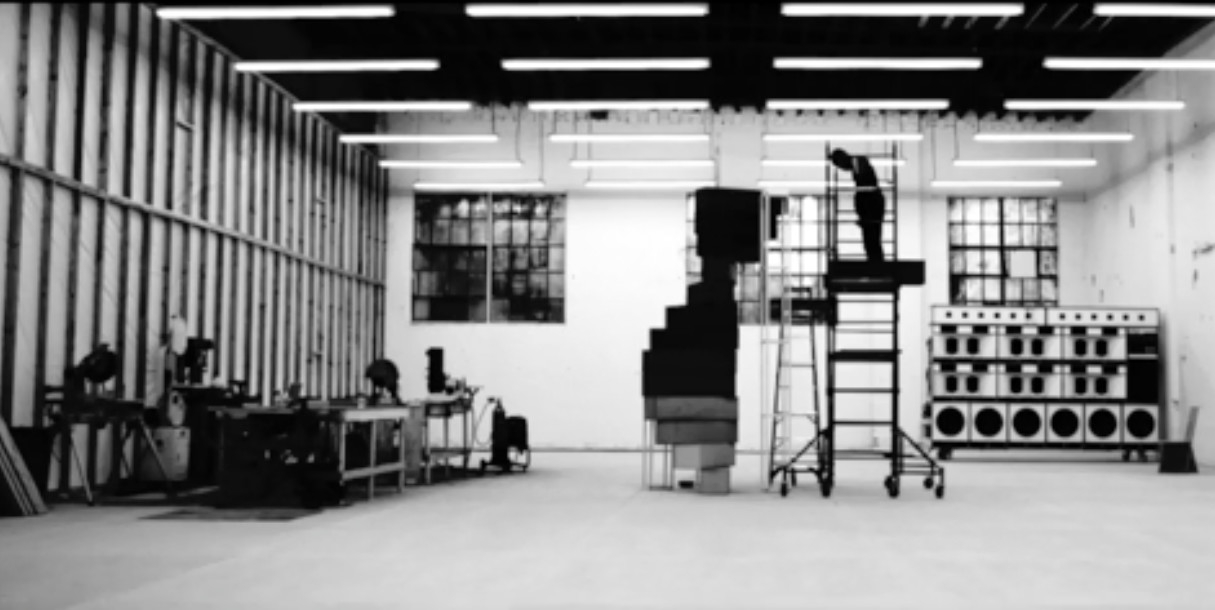 Frank Ocean released two albums last year, and they were only hours apart from each other. Because the second that came out was the main album (Blonde), the one that came first (Endless) continues to get overlooked. Endless was a visual album, an hour-long black and white video of him building a staircase, in an all white room, while the album Endless played.

This video started live-streaming weeks before, with no music playing, as Ocean built something live. You didn’t know what was being built, but you heard the saws and the hammer at work.

Endless, it turns out, was an event — just not the event. The Apple Music video ended after 45 minutes, and was quickly tagged a “visual album,” a pernicious term that rose to great heights with Beyoncé’s Lemonade and has only sunk since. Frank, it seemed, had programmed his construction-working clip and made a short film about process while fans took in new songs. Their titles rolled in the closing credits. Screenshots came pouring in. Theories flew across the internet. A gentle sigh set in. That’s it? many of us wondered. What happened here?

What makes Endless special is that it served a bigger purpose, as it freed Ocean from his contract obligation, as everyone thought this was the big album, not Blonde. Sean wrote later in his article:

Frank Ocean didn’t just trick fans with Endless. He tricked his label, Def Jam, which was stuck with the visual album as the final installment in his recording contract. The bigger and more commodified Blonde, on the other hand, was released solely by Boys Don’t Cry, Ocean’s personal imprint.

There are many reasons to love Endless, especially as a musical statement — it’s the rolling tide that carries in Blonde’s crashing wave. It takes its time, it ebbs and releases — it’s inconsistent and unpredictable. It is, in many ways, music in 2016. It’s also an artistic statement that is unrivaled — a power move leveraging technology and corporate structures against one another to engender personal freedom. That may seem haughty, but it is true. Frank Ocean is free because of Endless. That he has once again returned to his elusive state should be no surprise. He’s bound by nothing but himself now.

Here’s a Dropbox link to the album Endless for you to listen to.