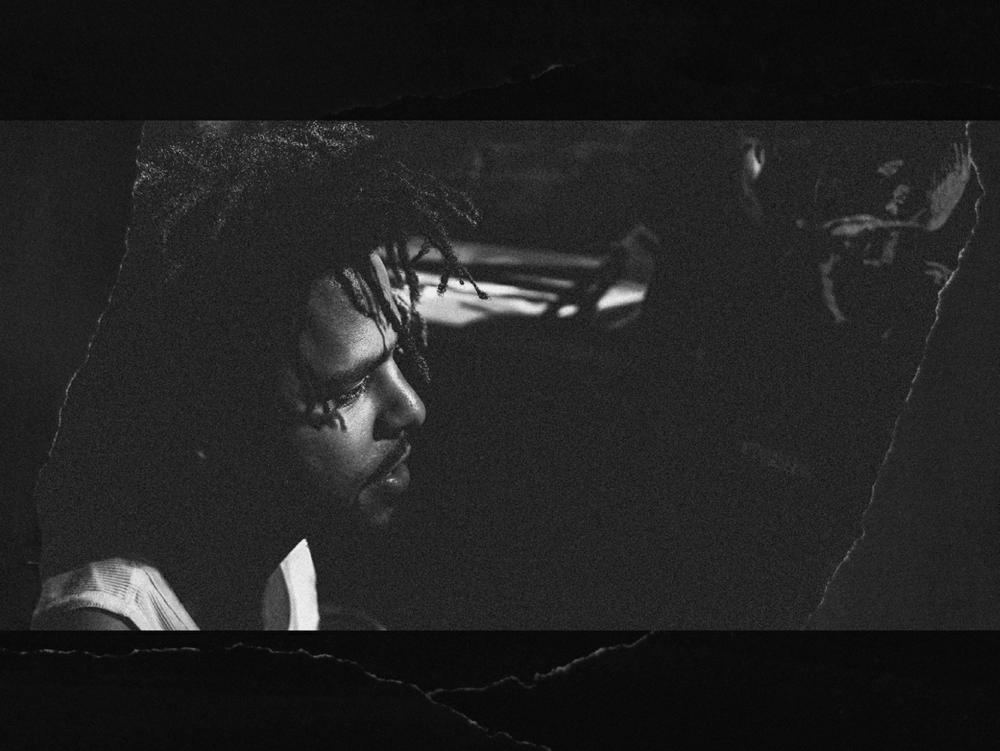 “I see the rain pouring down, before my very eyes.” These are the first words you’ll hear when you start the album.

This is a review of J.Cole’s 2016 album, 4 Your Eyez Only. The album has 10 tracks, but seems much shorter than 10 (the album is 45 minutes). I consider the album to have 6 songs, 2 intros, and 2 interludes, with one massive story hidden underneath it all.

The first time I listened to this album, I hated it. I couldn’t believe this was what he was working on for two years (since 2014 Forest Hills Drive, which was released on the same day, December 9th, two years ago — here’s my review of that album). I listened to 4 Your Eyez Only several times wondering: how does he think this is enough?

Around the 5th or 6th listen, though, something clicked for me, as I started to feel as if I was missing something: For your eyes only . . . ok, so this isn’t meant to be approached from the usual perspective. I’ve been a fan of Cole for many years, and the things he’s talking about here don’t even relate to his usual life-story. There’s little nuggets of wisdom in each song, though, and each time I listen to that particular song, those hints of something bigger being discussed become louder.

I kept studying it, and then it all started to make sense: this album isn’t even about J.Cole. This album is being told from someone else’s perspective, someone that’s caught up in the mentality of survival, and their time is running out (“Won’t be long before I disappear.”). The feeling of things coming to an end are whispered throughout the entire 45 minutes. There’s a war going on here—a clash between the street life and a family life. The two interludes, along with a song simply about folding clothes, are being told from the perspective of J.Cole, where he’s appreciating his relationship and his newborn baby girl. But then there’s songs being told from a street-mentality, and those have nothing to do with J.Cole, and those songs (Immortal and Neighbors) are as close as you can get to being face-to-face with a danger, and then ultimately, a life that comes to an end on the very last song. 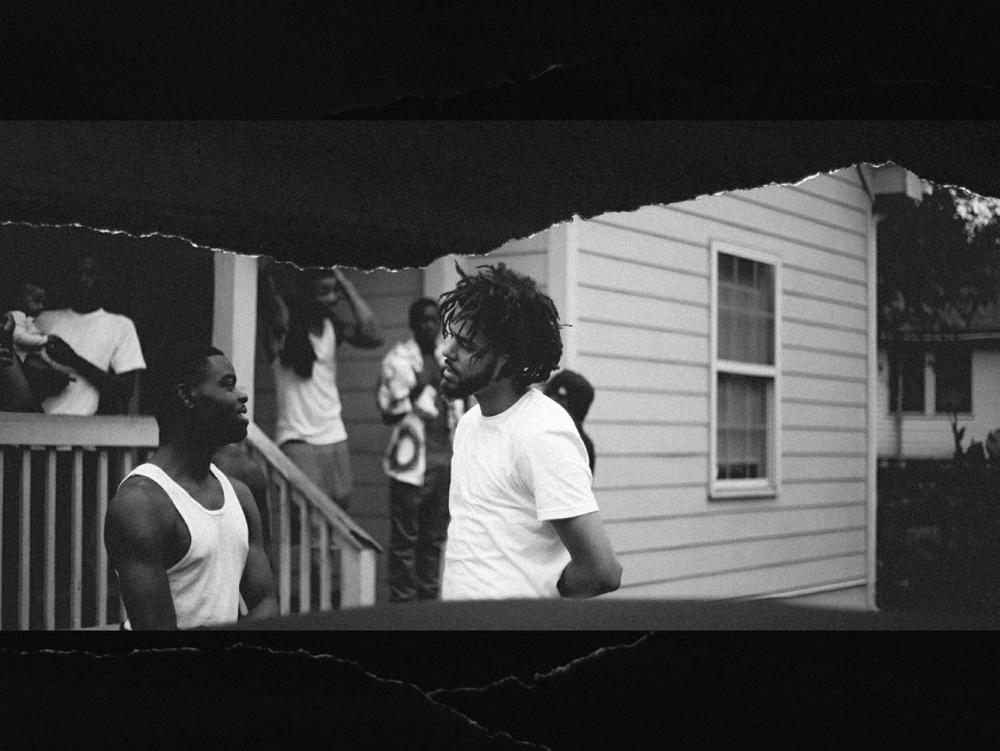 Halfway into the album, on the 5th song (Change), the first words you hear is, “My intuition is telling me they’ll be better days.” That line defines the album, as it’s searching for a change from so many generational curses. That tug-of-war between good and evil. (“Life is all about the evolution. You can dream, but don’t neglect the execution. Time is short, that’s what somebody told me. Too short to keep following your homies.”) At the end of “Change”, though, is when something big is revealed: Cole reenacts what he saw on the morning news, and then reenacts the funeral, and then simply says, “We’ve got to do better, people”. And then the name that is hidden from public sight, the name of the person that this album is about, the person that the second perspective of this album is being told from, is finally mentioned. This album is about James McMillan Jr, and the title, 4 Your Eyez Only, is directed at his daughter, Nina, who you’ll hear speaking several times on the album. 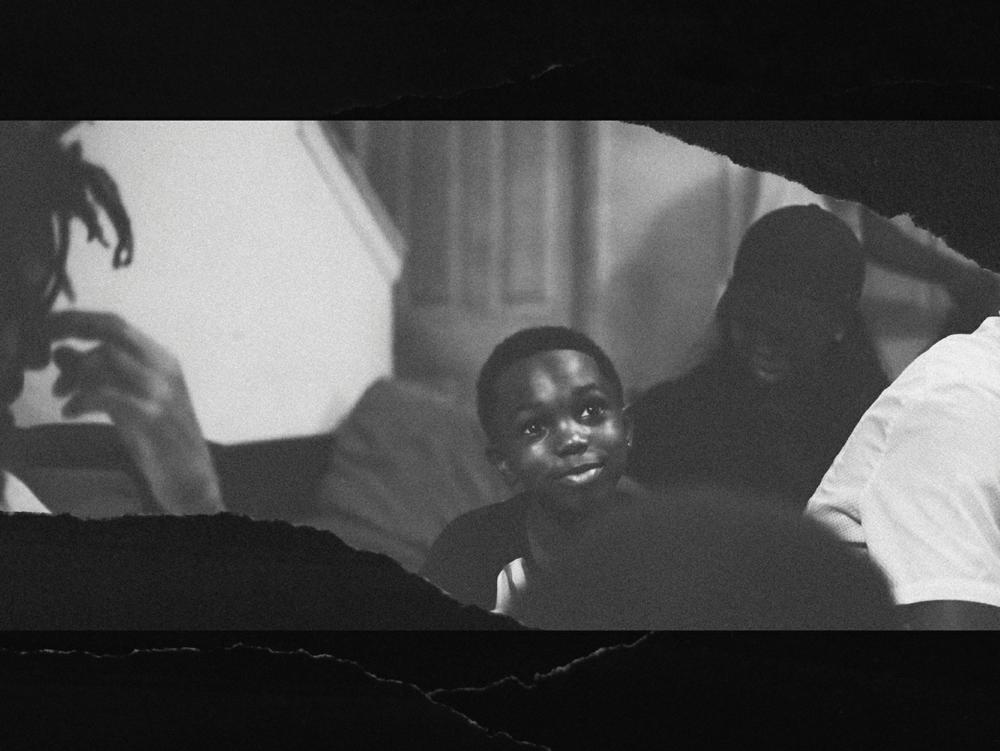 All of this is better understood once you fully dive into the last track on the album, which is also titled 4 Your Eyez Only. (I’ll give you many quotes from the song, to help understand the message.)

“For your eyes, do you understand?” is repeated as the hook.

The first verse is James, telling his story to the world, explaining why he did what he did. This is the world he saw, and it’s a story that so many know: a mentality that’s poison. He says that he can’t even visualize himself “as nothing but a criminal”, and when you think about life from that perspective, how do you even go up from there? This first verse is summed up in the second line: “It seems my dreams faded for too long, the consequence’s deadly.” That line shows the bigger picture of what Cole is trying to say in these 45 minutes. Consequence’s deadly. When you’re that low, when your dreams begin fading, when you begin to lack ambition, and all you see is what’s in front of you—which is violence and the feeling of being trapped—death isn’t that far away.“This is like the farthest thing from heaven. This is hell and I don’t mean that hyperbolic.” And then, for the last line of this verse, James says, “If the pressure gets too much for me to take, and I break, play this tape for my daughter, and let her know my life was on it.” That’s when it begins to make sense.

On the second verse, James, for the first time on the album, is speaking directly to his daughter. “You’re probably grown now, so this song will hit you. If you’re hearing this, it unfortunately means that I’m no longer with you.” You can feel things moving, transitioning to another layer of the story. A conversation between a dead father and his daughter, making sense of their life now. And then comes my favorite line on the album: “But Daddy had dreams once, my eyes had a gleam once.” There’s power in this line, as he tells his daughter that at one point, there was hope. And then for the last few lines of this verse, it points at the bigger story again: “Took me two felonies to see the trap this crooked ass system set for me, and now I fear it’s too late for me to ever be the one that set examples that was never set for me.”

On the third verse, he continues talking to his daughter, as he starts the verse off with, “It’s several ways I could’ve went out, too many to count”. That line is a great way to keep the story progressing. Then he continues to tell his daughter how distorted his mentality was: “See, baby girl, I realized that my definition of real was skewed”, and then says, “I pray you find someone with goals and point of views, much broader than the corner.” The cyclical nature, a toxic cycle that keeps repeating, is the first thought I had when this album started clicking for me. Cyclical nature is what this album points at. This third verse will be the last words to his daughter, so it makes sense that he’s pouring wisdom into her, but the story is told as if he was alive when he wrote this, and these words will only arrive to her if he happens to die: “My worst fear is one day that you come home from school and see your father’s face while hearing about tragedy on the news. I got the strangest feeling your daddy’s gonna lose his life soon, and sadly if you’re listening now, it must mean it’s true. But maybe there’s a chance that it’s not, and this album remains locked in a hard drive like valuable jewels. And I can teach you this in person, like I’m teaching you to tie your own shoes, I love you, and I hope to God I don’t lose you. For your eyes only.”

Not many songs do this, so it was a pleasant surprise, and makes sense, because that’s when the concept is revealed: a fourth verse, where J.Cole speaks to Nina about the conversation her father had with Cole. It starts with: “One day your daddy called me, told me he had a funny feeling. What he’d been dealing with lately, he wasn’t telling. I tried to pick his brains, still he wasn’t revealing. But I could feel the sense of panic in his voice, and it was chilling.” James goes on to ask Cole to write down his story and share it with his daughter when the time is right, because his own time is running out: “I got a feeling I won’t see tomorrow, like the time I’m living on is borrowed. With that said, the only thing I’m proud to say, I was a father. Write my story down, and if I pass, go play it for my daughter, when she’s ready.” James is finished. Those were the last words from him to Cole. The remainder of this verse is now from Cole. And these next lines are the bigger picture that I keep pointing towards, that cyclical nature that was briefly mentioned: “I dedicate these words to you and all the other children, affected by the mass incarceration in this nation, that sent your pops to prison when he needed education.”

I reflect on this line, and at how many good people are stuck in a cycle of broken homes, incarceration, and overall toxicity. How many kids—or fathers—were never given a proper chance at life? How many of them simply repeat what they were brought up into, or see themselves not going much further than where they currently are? Their ambition fades, the bigger picture is taken away from them, and because of this, they live in a constant state of survival. 4 Your Eyez Only: the album, tells a story about a man and his daughter—but when I think about this album, I see millions of people like them. James is only one character in a bigger story.

I can remember the first time hearing this album. I heard these two soft songs (She’s Mine Pt. 1 and 2, about his wife and his newborn daughter), and I was disappointed at the lack of depth in these two tracks. I wondered, why did he use two of the ten songs on this album for something as simple as this? Especially with hardly any lyrics on them (which is why I consider them interludes). But as I look back on his purpose of the album, these two songs set the tone, and the fact that they’re called “She’s Mine”, shows their significance. For an album about running out of time, and for an album about misunderstanding what’s real, and for an album about breaking generational curses, it only makes sense that he uses a big portion of the tracks to slow things down for a moment and acknowledge what’s truly important. “While I’m too scared to expose myself, it turns out you know me better than I know myself.” On both of these songs, on Pt. 1 it’s the first words, and then on Pt. 2, it’s the last words, where puts it as simple as possibly: “I never felt so alive.”