Introduction to Chasing My Ghost 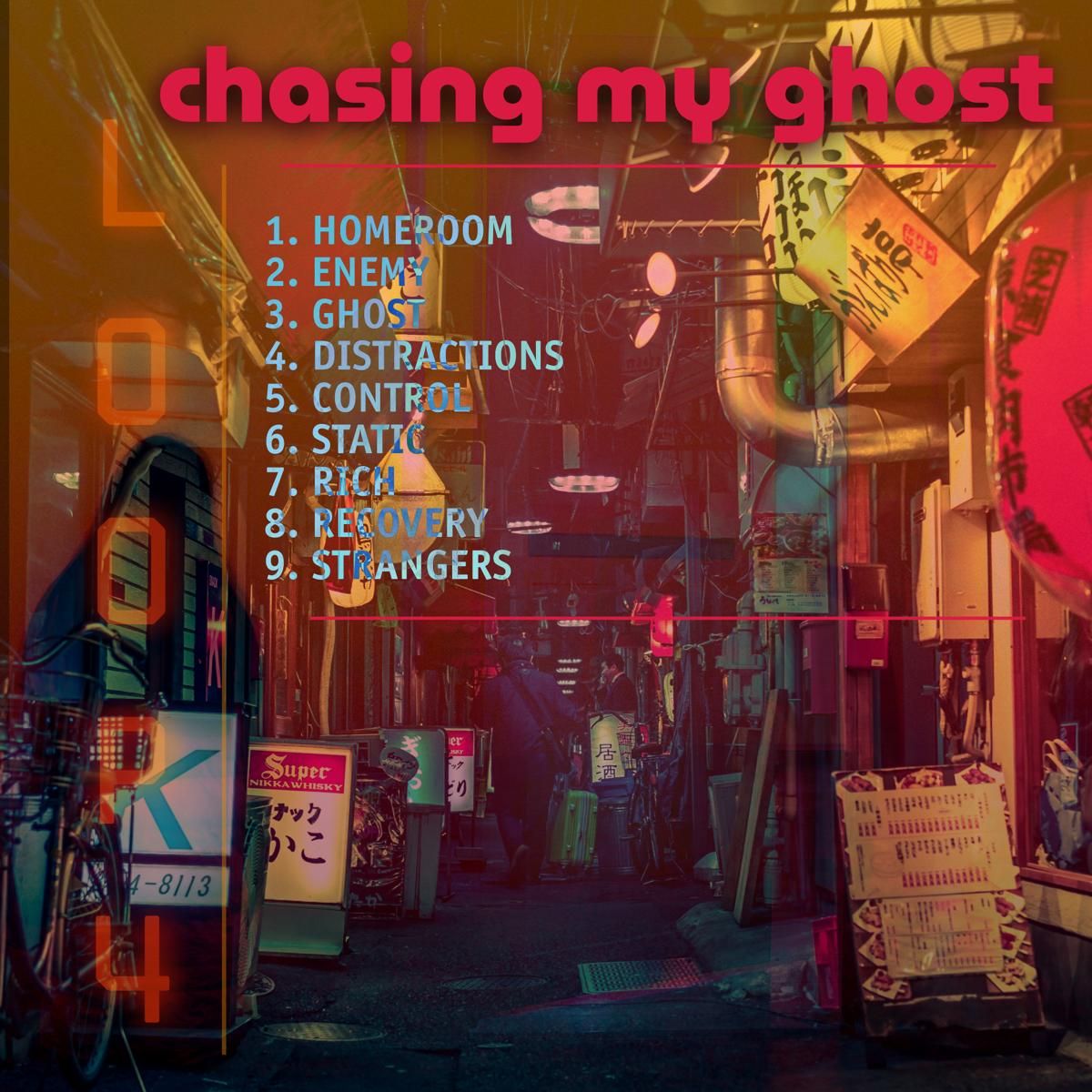 With over 20 albums in his discography since 2003, Nash suggests he is just getting started according to the opening track, “Homeroom” from his latest album, Chasing My Ghost. The album contains nine songs that could pass as a concept record, loaded with great, methodical moments that form a thoughtful, introspective narrative. What would be considered the title track, “Ghost”, Nash confesses, “I’ve been chasing my ghost too long, I’m not me anymore. Arrived from a broken home, feeling like the chosen one.”

Nash’s flow is subtle and smooth but that doesn’t deprive his rhymes of emotional intensity. It’s that soft-spoken, straightforward performance woven exquisitely over beats that those who enjoy his music have come to know and love. This album showcases a more mature, refined artist with a responsibility that extends further than just being labeled as such. As one sample on the album suggests, he is going to lead others in a way that goes beyond the boundaries of music.

In a digital age where being an influencer with clout can seemingly run its course overnight, it isn’t a need for attention or a substantial amount of “followers” that drive Nash to make an impact. In fact, in his opinion, our endless scrolling on social media is described as a dopamine in the track, “Distractions”. Nash later admits in the song, “iPhone is my oxygen” he adds, “My phone battery is disintegrating and my friends are waiting. Let it penetrate - it’s a simulation.”

For the majority of us, we can relate. Our devices have inevitably become an extension of ourselves and oftentimes our choice not to take our eyes off the screen means missing out on what’s really important in our lives.

As stated before, Nash has been at this for quite some time and in the song, “Rich” his thought-provoking lyricism and wordplay seem to be done effortlessly as stated by the line, “Swimming in circles with these verses”. As if to say his ability to construct these rhymes are fluid and not forced.

Wearing a heavy heart on his sleeve, Nash lays his emotions bare on “Strangers”, the final track of the album that refers to an estranged relationship. The lines, “I love you with all of my heart and that’s the problem. It’s hard for me to go from talking marriage to silence” makes it clear that he’s hurting but is willing to take the steps necessary to heal, later stating, “Lord knows I’m reaching out for help, but it’s only words that they can give me, I still gotta do it by myself.”

Chasing My Ghost is definitely worth the listen. It serves as an album that is easy to digest, clocking in at an overall run time of only 15 minutes. You can make it through the album in one sitting but you will be sure to come back for more.