Becoming the Boy Once Blind, by John LeBoeuf 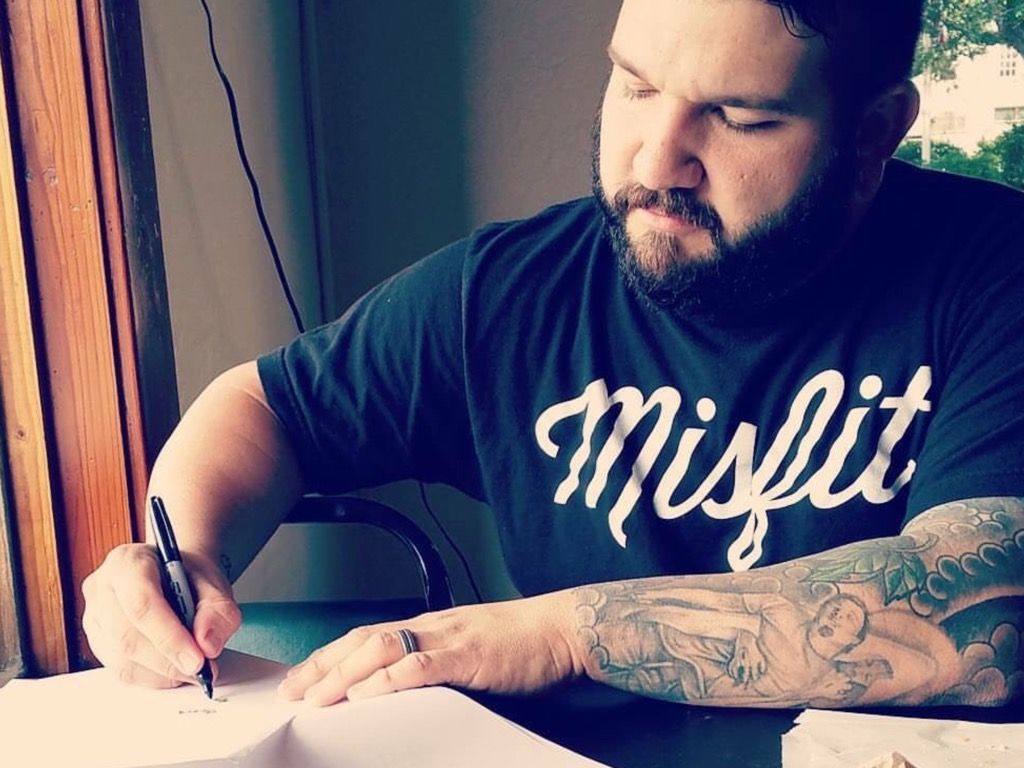 My name is John “JP” LeBoeuf and I am a writer/spoken word poet from Houma, Louisiana. I perform under the moniker, Boy Once Blind (album link) which came from the title of a short story I wrote years ago about a young man who encountered God much like the story of Saul of Tarsus in the Bible except this blindness was metaphorical and not literal. Since the latter part of 2012, I have been writing, recording and performing pieces that are now featured on my debut album, which I independently released in June of 2015 titled “Inspired by Tragedy”.

Originally, the poems that are featured on the album were never intended to be released publically. Much like a lot of my previous songs, they were going to be for my own keepsake but after releasing my first and only single at the time, “The Awakening”, that changed everything. It looked to me that there were people who were interested in what I had to say, so I decided to release two more singles right after, which were “The Vultures Circle” and “Walking Backwards Into Quicksand”.

After a few phone calls from friends who felt the need to confess that they too dealt with the similar struggles that I mentioned in my poems, I wondered who else needed to hear these words of encouragement that demanded a change, who else needed to hear about the hope I had found in God, which led me to want to perform these pieces in front of an audience.

At the time, my brother and I were a singer/songwriter acoustic duo and had a performance at The Cypress (a venue in Metairie, LA). We were the opening act and in order to get the crowds attention, I began reciting, “The Awakening” and the audience liked it but that was only just to get their attention, we were there to play songs, not recite poetry.

An opportunity arose just a few months later in the Spring of 2013 when the local Arts Council held a showcase featuring local artists, so I jumped at the opportunity. I didn’t have much to work with at the time so I “frankesteined” lyrics together to make up enough material for a whole 7 minutes, that’s right, a 7 minute set time. During my performance, I noticed the crowd was a bit taken back, whether it was by me reciting at a nervous, fast-paced speed, or maybe it was the black jacket with bright pink words “Norma Jean” written on the front, and a zombie, ripping his face off on the back. I mean, what were they supposed to make of this?

Once again, to my surprise they actually liked it. I was approached by a few people after the show who said I inspired them to want to pick up a pen and write. They wanted to do what I just did. They wanted to speak! Since then, my work has been featured in Magazine, Newspaper and other online sites. Although it’s great to be recognized for my art, what matters most is the opportunity to share my story about what God has done and is doing in my life. I wouldn’t be where I am without Him and the family and friends He’s given me. There’s no slowing down, I’m just getting started.

We all have a story. What’s yours?