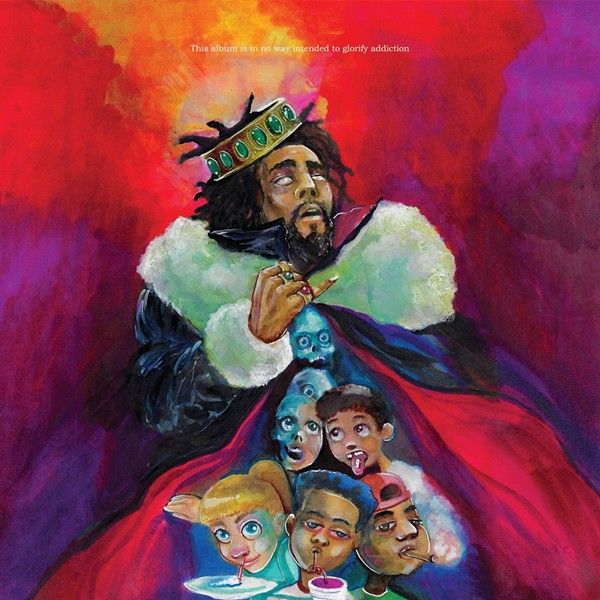 J.Cole just released his new album, titled KOD (Apple Music). What I like most about his last few projects is how tight they feel. They’re focused, and they don’t waste the listener’s time. It’s what I loved about Forest Hills Drive, and this one is no different.

It’s rumored that he made this project in only two weeks, and it shows: he had an idea for a great concept, and he ran with it. That concept: attack the mentality of addictions and escapism.

This concept hits home for me: through family addictions, through phone addiction, and through overcoming lifestyles that are normal to everyone else, but knowing that there’s better options out there.

It’s 12 songs, but—with intro, outro (which is actually the intro to his next album), and interludes—it’s much shorter than 12.

There’s so many things going on throughout these songs that he had to create an alter ego (kiLL edward: deeper pitch, slightly offbeat, and overall rougher around the edges) to help with some of the layers. That alter ego acts as the addict, as well as his own version of the new trendy rappers.

The two main things I instantly noticed was his confidence and his flow: both seem to be as comfortable and polished as ever. I was very impressed with this. It feels like he’s hitting his stride, and if this album was created in two weeks, it shows his growth as an artist, and how he’s developing an effortless skill.

The hooks are raw, both in good and bad ways. He handles all of the singing (him and his alter ego), which you’ll either love or hate. I tend to enjoy them. I’m glad he didn’t hand this job over to a professional, and instead, he kept the sound cohesive and continued with the concept of imperfection.

The verses are some of the best of his career, mostly because of that confidence I mentioned above. The rhyme patterns are rapid at times, and he’s riding the beat like he never has before, and it never seems forced. As far as pure rapping goes, this album has raised him in the ranks for me. He’s always been a good storyteller, but on KOD, he displays why he should be considered elite with rhyming.

This album is easy to listen to. The sequencing is flawless. There’s catchy moments, and there’s wisdom, intertwined together, with narration, and with an overall theme that covers the entire project. These are the type of albums that I continue to search for. And even though quality albums like these are now becoming rarer by the year, J.Cole is showing that he can disappear (without the social media, and without the noise that comes with a typical rapper), and then he’ll arrive, on his own time, at his own speed, with no singles, no promotion, and offer you a gift in the form of a potential classic.