Trying to Conceive, by Chelsea Breaux 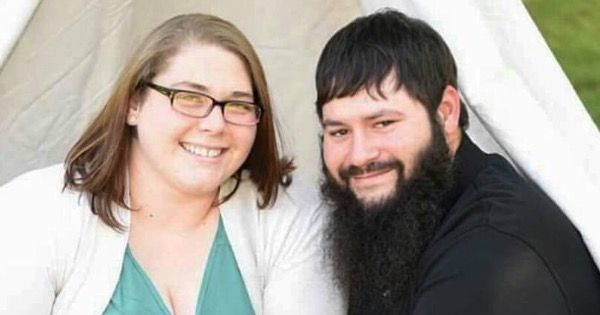 Nash’s Note: This week’s guest post is from Chelsea Breaux. She opens up her heart and goes through the process of trying to have a baby while being infertile. So many of my friends have kids, so I’ve never stopped to consider what it’s like for someone who wants them, but their body isn’t cooperating. I appreciate this personal story being a part of this series. It adds a new level of depth to my guest posts.

I was 20 years old when I got married. I had the love of my life, and I thought that nothing could stand in our way. He wanted to wait to have kids and I wanted them immediately. There was a giant hole in my heart that I thought only children could fill. I begged and pleaded that we try for a year, and if it didn’t happen, I’d back off. He agreed. I was foolish thinking that it would happen just because I want it to.

About 6 months in, I was defeated. Leonce, my husband, would try to keep me upbeat. 9 months in, I was miserable to be around. All of my friends had kids and I began to resent them. I was so angry and sad. We were fighting every day and only talking when it was necessary. When the year was almost up, Leonce and I finally sat down and waved the white flag on trying to conceive. That was the first and hardest year of our marriage. I took my emotions and stored them in a vault in my heart and threw away the key. I couldn’t process or deal with why I couldn’t have a child, so I didn’t. I lied. I told everyone that it was better this way, because we really didn’t want kids anyway. That lie cut me to my core but it’s the only way I could manage the flood of emotions that were attacking me every second.

In early 2015, all of the emotions of struggling to get pregnant came flooding back. That vault that I locked away didn’t need a key because it exploded. All of those emotions were there waiting for me like an old friend. I asked Leonce if we could try to get pregnant again. He was reluctant at first but we agreed to some boundaries and rules. If I at any point became a crazed maniac like the last time, he could pull the plug on trying to conceive, and help talk me off the ledge. It takes a special kind of man to stand by a crazy lady trying to have a baby. He is honestly the most amazing man I’ve ever met. We tried on our own that year, but when our anniversary came up in October, and we still weren’t pregnant, I brought up going to a fertility specialist. We threw the idea around but never did anything about it.

January of 2016 comes along and I decided I wanted to get together with all my friends that I had been neglecting over the years and have a party for my birthday. We got together at my favorite Thai restaurant and it was like the last 4 years never happened. They welcomed me back with love and opened arms. I didn’t know it at the time but one friend, Amie, would change my life forever. After my birthday one morning, I was bored and had this heavy weight in my chest, and I needed someone to talk to. I saw on Facebook that Amie was having a lazy day at home with the kids so I went out on a limb and asked if she wanted to have coffee. This just so happened to be the most powerful coffee date of my life. We talked like no time had passed at all and then the heavy stuff started spilling out of my mouth before I could even stop it.

I told her about the hole in my heart that I interpreted as needing children and just feeling lost. That’s when she invited me to Cross Church. I was hesitant at first, because I grew up Catholic, and I felt guilty, but going to any church was better than none. I took the leap. I got up the next morning to go to church for the first time in 5 years. What an experience.

I had never been to a more inviting and loving church. When I got home, I couldn’t explain it to Leonce. I just told him he had to experience it for himself. I raved about it all week, and come Sunday, we were going together this time. He fell in love, and I knew we had found our church home. Over the past 8 months, our lives have become so filled with love and happiness that even in the dark times of trying to conceive, we knew we had a family at church ready to support us, no matter what the test results said. We tried for six months, and in June, we decided that would be our final month. No one tells you the mind-games that comes with the medication. Every month your body thinks it’s pregnant, so every month you get excited and start dreaming about names and nursery themes . . . and then nothing. You are left with nothing. Another month of doctor visits and pills and shots. Another month of questions and concerned looks. Another month of, are you pregnant yet? And for some crazy reason you keep going back and you keep riding this carousel of insanity.

Luckily, I jumped off before it got too deep. Serving in Cross Kids has been a huge help in rebuilding my relationship with God. It showed me that I’m more than infertility. I have nieces and nephews and Godchildren that love me and show me how important I am regardless of parenthood status. The relationships I’ve built through Cross Church and serving in children’s ministry have changed my life forever. It’s so hard to put in to words the change in my life. God has showed me that I’m loved beyond my own comprehension. He has a plan for me. He knows when the timing will be right for us to start a family. Joining Cross Church and small groups has truly brought life change. Only by the grace of God and love of my church family could I share my story and know that I will be okay.